Oh, so our BEST BRITISH GENTLEMAN poll was officially super exciting with the war raging between Penry Jones and Purefoy fans who behaved as true British sports sending us almost 300 votes :) I don't think we've ever had such a close victory at the end of a poll. Two amazing gentlemen have lead the battle for the tittle, but Rupert Penry Jones won with 102 votes which 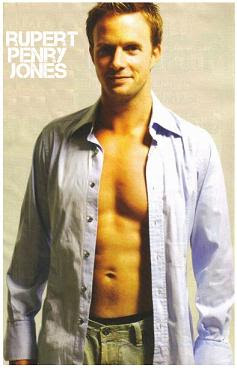 was just two votes more than James Purefoy got. Third place was left for Ewan McGregor (25%) with Colin Firth in the fourth spot (23%).

Back when I was planning this poll, I really thought Rupert Penry Jones would be an underdog, since his dashing charms and piercing charisma are known mostly to us who like to watch British television. But I'm more than happy that so many people appreciate his magnetic talent and his outstanding and warm presence shown in series such as "Spooks", "Casanova", "Whitechapel" or in films like "Four Feathers", "Match Point" and "Charlotte Gray" with Cate Blanchett in which he basically stole the show from Billy Crudup. I wish we would see him in some big Hollywood films, but I think he's personally not inclined to such career. Believe it or not, he'll be 40 this year, he's married and he once dated Kylie Minogue :) 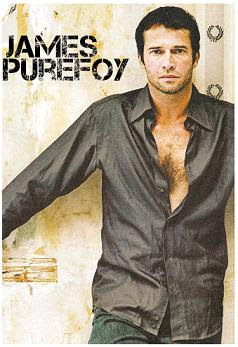 James Purefoy is one of those actors who were simply born to play charming bad boys and elegant but naughty heroes. He always shines in period movies and epics "George and the Dragon", "Vanity Fair", "Blackbeard", "Solomon Kane", but we all remember him best in the role of his life as Mark Antony in the legendary TV series "Rome". In the future we shall watch him in some equally heroic and wonderful roles: he will be a brave knight in medieval epic "Ironclad", king Lot in epic series "Camelot", the captain of the kingdom of Helium's royal spaceship in "John Carter of Mars", brave lord Somerset in "Heaven and Earth"... He is still a candidate for James Bond for which he 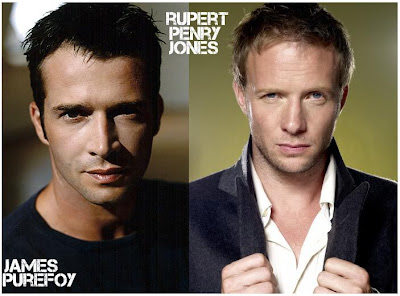 already auditioned back in the time of "Goldeneye". Before starring together as macho Roman heroes in "Rome", he and Kevin McKidd had played gay lovers in "Bedrooms and Hallways" :)) 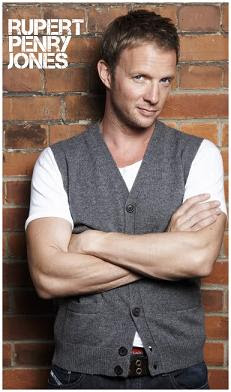 Now, before we go to the second part of British Gents poll in September, lets do the first part of YOUR FAVOURITE BRITISH ACTRESS poll and give lovely British ladies a chance to get your votes. Here are the actresses competing in the first round: her royal highness Judi Dench, Welsh queen Catherine Zeta Jones, Scottish princess Isla Fisher, the crown princess Emily Blunt, Gothic empress Helena Bonham Carter and queen of hearts Rachel Weisz. Vote on people, you have two weeks to give as many votes to these ladies as you like.
Posted by DEZMOND at 9:17 PM