Ah, people the good news is that the working week is over, but the bad news is that a huge sf project that has been on and off for some time now, has been put to rest again. Earlier this year, a lot of you got really excited when I told you that a live action TV series based on "Star Wars" is in preparation, but now the production has stopped moving forward again. Here's what George Lucas said plain and simple for the "ComicBook Movie": 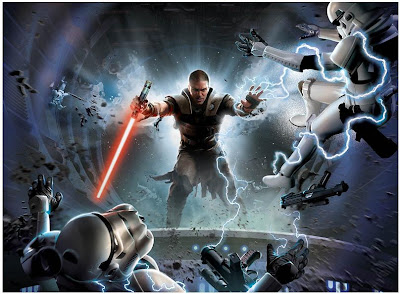 The live action TV show is kind of on hold because we have scripts, but we don't know how to do them. They literally are "Star Wars", only we're going to have to try to do them at a tenth the cost. And it's a huge challenge, a lot bigger than what we thought it was gonna be.
If you remember, in HOLLYWOOD SPY's previous post on this topic, I've informed you that "Star Wars" TV series were supposed to be set in the period between the films "Star Wars: Revenge of the Sith" and "Star Wars: A New Hope" with some of the minor characters from the films now taking the lead role on TV.
Posted by DEZMOND at 8:56 PM