I'm not sure why but some really popular actors are fighting for the role in "Safe House", including names such as Tom Hardy, Zac Efron, James McAvoy, Sam Worthington and Shia LaBeouf. 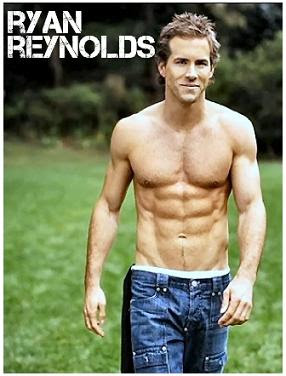 But according to "Movieweb" the front runner is Ryan Reynolds who could play a young FBI agent who is the only surviving agent left after an ambush on a safe house where he is guarding a dangerous prisoner (Denzel Washington) whom he has to take to another safe house.

Super charming Michael Vartan will join equally charming Zoe Saldana as her boyfriend in "Columbiana" in which Zoe will play a woman who as a child witnessed her parents' murder in Bogota. She grows up to become a hitwoman by day but in her personal time engages in vigilante murders to lead her to her ultimate target: the mobster responsible for her parents' deaths. 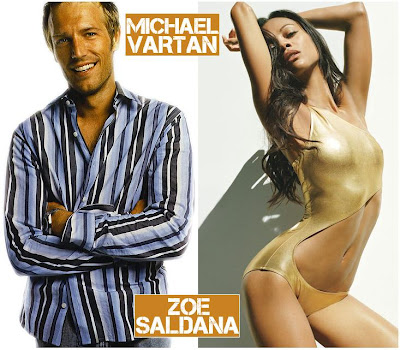 Another great mass of great actors in one film is the new, untitled project from the director Terrence Mallick ("The New World", "The Thin Red Line"). Although the plot of the project hasn't been revealed yet it will be a romantic drama with a very powerful love story. The names in the stunning cast include: Ben Affleck, Rachel Weisz, Javier Bardem, Rachel McAdams and Olga Kurylenko. 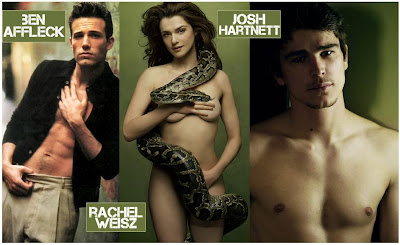 And we couldn't go without a daily dose of sf news: Josh Hartnett has joined sf thriller "Tomorrow" about a man who travels back and forth through time and space, trying to prevent the murder of his family. Similar to "Memento" the film will be directed by Paul McGuigan ("Push", "Wicker Park", "Lucky Number Slevin").
Posted by DEZMOND at 2:00 PM