One of the movies we are anxiously waiting to see on August 27th is the Roman epic "Centurion" directed by Neill Marshall. Three new character posters and a new hand-drawn comic poster have just been revealed showing Michael Fassbender, Olga Kurylenko and Dominic West. Check them out. 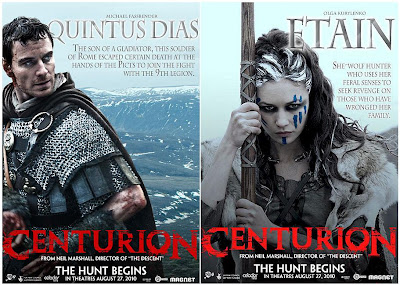 As I've informed you many times before, "Centurion" will follow the legendary Ninth Legion which is trying to wipe the Picts from the face of the earth and destroy their leader over at ancient Britain. 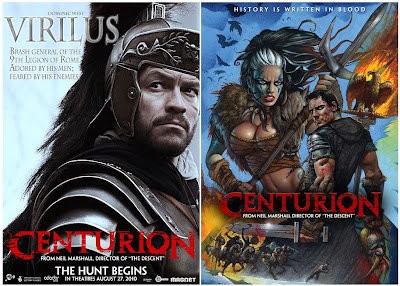 Earlier this year, I've also informed you that "G.I.Joe" will get its sequel, and now it has been officially confirmed that visual genius, Stephen Sommers ("The Mummy", "Van Helsing") will sit behind the helm again. Channing Tatum will most 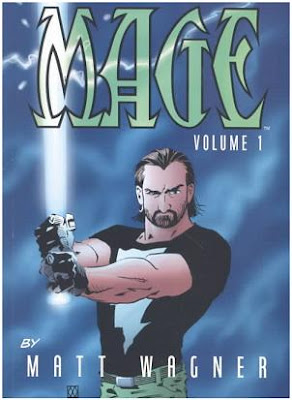 likely return as Captain Duke Hauser in the new installment of the movie which has grossed more than $300 million around the world.

Lloyd Levin the producer of "Watchmen" has bought the film rights to the comic book series "Mage". According to "Movieweb", the series was created by Matt Wagner in the 80s, and is a reimagined version of the Camelot legend. The story centers on Kevin Matchstick, a troubled young man who learns he possesses special powers and, with the aid of an enchanted baseball bat, seeks out to vanquish the evil plans of the Umbra Sprite.
Posted by DEZMOND at 8:59 PM