While we are anxiously awaiting to get the first pictures from MTV's small screen epic series adaptation of famous SHANNARA novels,

the casting for the supporting parts is still on, and 'Spoiler TV' reports of two new names in the cast: James Trevena Brown will play Crispin Edensong (The Hobbit: An Unexpected Journey), Captain of the Home Guard, who swears to protect Wil and Amberle on their perilous journey. Emilia Burns (Terra Nova) will be Commander Tilton, the Captain of the Black Watch, the legendary protectors of the Ellcrys and the Gardens of Life.


ELVES AND MAGIC
The story follows the SHANNARA family, whose descendants are empowered with ancient magic and whose adventures continuously reshape the future of the world. Brooke Williams is Catania, a witty and wise Elf who is not only Elven princess Amberle’s (Poppy Drayton) handmaiden, but her trusted best 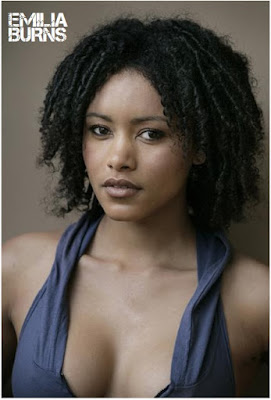 friend in the palace. Daniel MacPherson is Arion, the heir to the Elvin throne. Arion takes himself very seriously and is the opposite of his wilder brother Ander (Aaron Jakubenko). Marcus Vanco plays Bandon. Feared by his family for his mysterious visions, Bandon is discovered by Elvin prince Wil (Austin Butler) and Amberle starving and chained to a wall. Druid Allanon (Manu Bennett) takes special interest in him, believing his abilities will be integral in saving the Four Lands. Cast also includes Ivana Baquero (Eretria, a human thief) and John Rhys-Davies (King Eventine, Amberle's grandfather, who has ruled the Elvin kingdom of Arborlon for decades)! 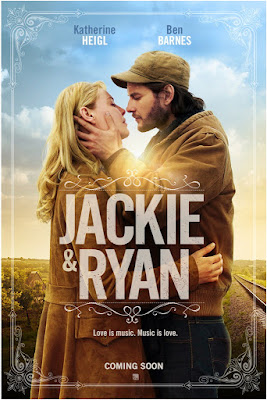 Meanwhile, your trailer for today comes from new romantic drama JACKIE & RYAN, out in limited release in USA this July with Katherine Heigl and Ben Barnes starring together again after THE BIG WEDDING. Ben Barnes is a modern day train hopper fighting to be a successful musician and Katherine Heigl is a single mom battling to maintain custody of her daughter who defy their circumstances by coming together in a relationship that may change each others lives forever.
Posted by DEZMOND at 1:30 PM