DWAYNE JOHNSON
TO GO ON A 'RAMPAGE'!

While his latest disaster movie SAN ANDREAS is shaking the earth this summer with its earnings growing close to $500 million worldwide, action superstar Dwayne Johnson is ready for some RAMPAGE too! As 'Deadline' reports he will next star in the big screen adaptation of RAMPAGE arcade game which was hugely popular back in the 80's! The story of the game involved three giant monsters - a gorilla, a lizard and a wolf, that wreak havoc on major cities and landmarks across North America. That is until Dwayne the Rock Johnson gets in their way, of course. The movie is scheduled at New Line for next summer release. 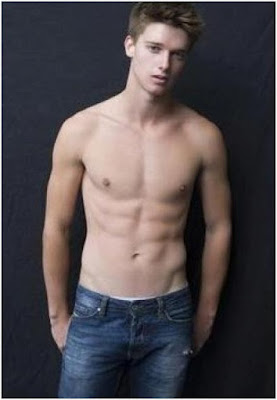 Meanwhile, the son of another huge action star, Patrick Schwarze- negger will lead the cast of new Young Adult  big screen adaptation together with Bella Thorne. It will be a remake of a 2006 Japanese film MIDNIGHT SUN with the story revolving around Katie (Bella Thorne), a 17-year-old sheltered since childhood and confined to her house during the day by a rare disease that makes even the smallest amount of sunlight deadly. Fate intervenes when she meets Charlie (Patrick Schwarzenegger) and they embark on a summer romance.


NEW 'SELF/LESS' POSTER
RYAN REYNOLDS, BEN KINGSLEY AND MATTHEW GOODE
And in the vein of the new posters I posted yesterday, here's another one for the new movie coming from our fave director visual genius 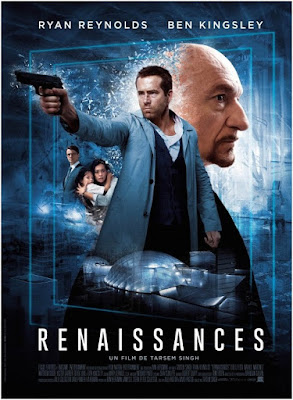 Tarsem Singh (and his first film without the costumes of brilliant late Eiko Ishioka)! SELF/LESS a sf thriller out this July and starring Ryan Reynolds, Ben Kingsley and Matthew Goode. An extremely wealthy man (Ben Kingsley), dying from cancer, undergoes a radical medical procedure that transfers his consciousness into the body of a healthy young man (Ryan Reynolds). But all is not as it seems when he starts to uncover the mystery of the body's origin and the organization that will kill to protect its cause.
Posted by DEZMOND at 1:20 PM