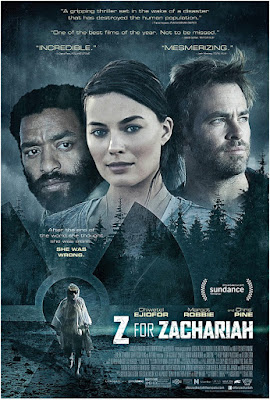 opens August 21st starring Chris Pine, gorgeous Margot Robbie and Chiwetel Ejiofor.
In the wake of a nuclear war, a young woman survives on her own, fearing she may actually be the proverbial last woman on earth, until she discovers the most astonishing sight of her life: another human being. A distraught scientist, he's nearly been driven mad by radiation exposure and his desperate search for others. A fragile, imperative strand of trust connects them. But when a stranger enters the valley, their precarious bond begins to unravel. 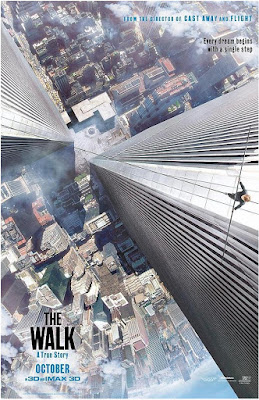 The second trailer for today comes from up high where Joseph Gordon Levitt will take THE WALK on a tightrope this October under Robert Zemeckis' direction!  Twelve people have walked on the moon, but only one man – Philippe Petit (Joseph Gordon Levitt) – has ever, or will ever, walk in the immense void between the World Trade Centre towers. Guided by his real-life mentor, Papa Rudy (Ben Kingsley), and aided by an unlikely band of international recruits, Petit and his gang overcome long odds, betrayals, dissension and countless close calls to conceive and execute their mad plan.
Posted by DEZMOND at 1:20 PM