TARAJI P. HENSON TO LEAD
'THE BEST OF ENEMIES'
The absolute TV star of 2015, Taraji P. Henson (that body from the photo has an 18 year old son, by the way) is joining EMPIRE's creator Danny Strong in THE BEST OF ENEMIES which he is producing. As 'Deadline' reports Taraji will play Ann Atwater, the ferocious civil rights activist in Durham, North Carolina who had a decade long battle with sworn enemy C.P. Ellis, from Durham’s Ku Klux Klan. Their feud came to an abrupt and unlikely end in 1971. After a court ordered school desegregation decree threw the Southern city into turmoil, Atwater and Ellis reluctantly agreed to co-chair an intensive, two week community meeting to try to reach a compromise. The extraordinary events that followed changed Durham, and the lives of Atwater and Ellis forever.


'UNDERGROUND' EPIC SERIES
JUSSIE SMOLLET TO GUEST STAR
Meanwhile, charismatic Jussie Smollett, who plays Taraji's ultra talented son in EMPIRE, will also guest star in two episodes of new epic series UNDERGROUND WGN America’s pre-Civil War series follows a group of slaves who plan a daring escape from a Georgia plantation to cross 600 miles to freedom. They are aided along the way by a secret abolitionist couple running a station on the UNDERGROUND Railroad, as they evade those tasked with bringing them back — dead or alive. Jussie Smollett will beJosey, a wild-eyed runaway who doesn’t trust anyone, not even those stationed along the way who would try to help him. The regular cast includes Christopher Meloni, Marc Blucas, Jessica De Gouw... 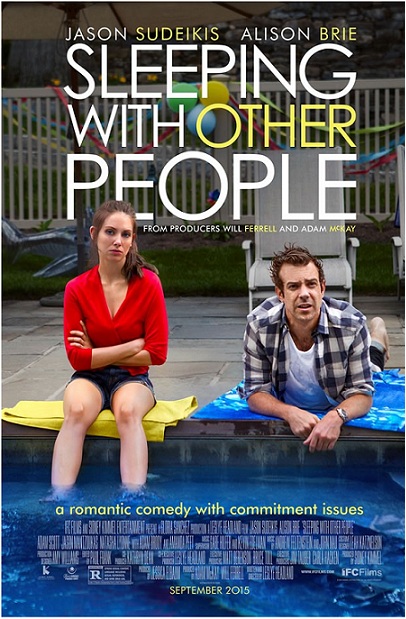 meeting. Because of their monogamy-challenged ways, neither can maintain a relationship, so they make a pact to keep their new relationship platonic. Like that’s gonna last. Adam Brody and Amanda Peet also star!
Posted by DEZMOND at 1:20 PM