FIRST 'FEAR THE WALKING DEAD' POSTER AND CAST PHOTO IS HERE! NATHANIEL PARKER IS KING OF PHILISTIA IN ABC'S 'OF KINGS AND PROPHETS' EPIC TV SERIES

NATHANIEL PARKER JOINS
'OF KINGS & PROPHETS' SERIES
As you know it was supposed to start airing this Autumn on Sunday nights at ABC, but new historical series OF KINGS AND PROPHETS has been pushed 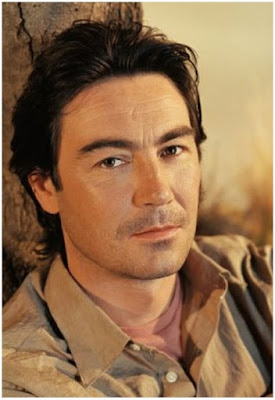 to Mid Season in order for the producers to fix all the weak spots and improve the story. That also means some recasting, so the new face to be added to the cast is Nathaniel Parker as the cagey, shrewd and lethal King Achish, the King of Philistia who has been warring with King Saul (Ray Winstone) for years. The new series is an epic Biblical saga of faith, ambition and betrayal as told through the eyes of a battle-weary king, a powerful and resentful prophet and a resourceful young shepherd on a collision course with destiny. 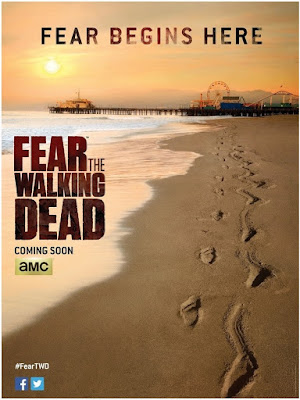 FEAR THE WALKING DEAD which should hit the small screens in more than 150 countries around the world later this summer, in August to be more precise!
Kim Dickens leads the cast of the series, as a school guidance counsellor Madison living in Los Angeles at the beginning of the zombie apocalypse. She is sceptical when she hears of the spreading zombie virus, but soon realises that she and her family are in grave danger. Cliff Curtis plays her fiancé Travis, Frank Dillane plays her dropout son Nick, and Alycia Debnam 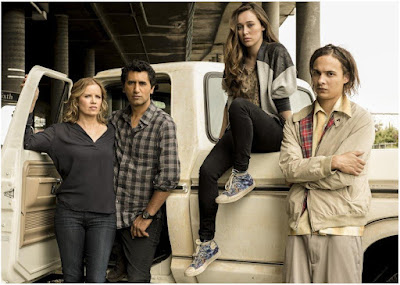 Carey is her responsible daughter Alicia. The series, which, apparently, won't include as much zombies as its older sister series, will also have Rubén Blades, Elizabeth Rodriguez and Sandrine Holt in the cast.

Labels: FEAR THE WALKING DEAD, OF KINGS AND PROPHETS