Although it was first ordered for series and then cancelled at NBC years ago new fantasy series EMERALD CITY is again back in production with the lead actress announced! Adria Arjona will lead the ten episode epic series which draws upon events from L Frank Baum's popular 14 book WIZARD OF OZ novel series! In EMERALD CITY, in the blink of a tornado’s eye, 20-year-old Dorothy Gale (Adria Arjona) and her K9 police dog are transported to another world, one far removed from our own, a mystical land of competing kingdoms, lethal warriors, dark magic and a bloody battle for supremacy. This is the fabled Land of Oz in a way you’ve never seen before, where wicked witches don’t stay dead for long and a young girl becomes a headstrong warrior who holds the fate of kingdoms in her hands.


GAIMAN'S 'AMERICAN GODS'
ORDERED INTO SERIES AT STARZ
Yet another show which has been announced a couple of times and then ditched is alive again over at Starz! Neil Gaiman's

AMERICAN GODS will be turned into series by HANNIBAL and PUSHING DAISIES Bryan Fuller. As 'Deadline' reports it follows a war brewing between old and new gods: the traditional gods of biblical and mythological roots from around the world steadily losing believers to an upstart pantheon of gods reflecting society’s modern love of money, technology, media, celebrity and drugs. The book centres on Shadow Moon, an ex-con who becomes bodyguard and travelling partner to Mr. Wednesday, a conman but in reality one of the older gods, on a cross-country mission to gather his forces in preparation to battle the new deities. 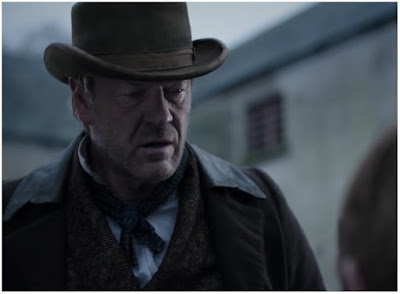 series about Inspector John Marlott, who delves into the underworld of Georgian England after discovering a chopped up and reassembled child during a run-of-the-mill opium raid.
THE VIDEO HAS BEEN TAKEN DOWN, WE'LL PUT A NEW ONE AS SOON AS IT COMES