YIMOU ZHANG'S 'COMING HOME'
WITH MAGNIFICENT GONG LI!
It is an exquisitely boring start of the week, people, so, as usual in such cases, the spy is going Asian! First up, a very touching movie coming from China! COMING HOME from famous Yimou Zhang 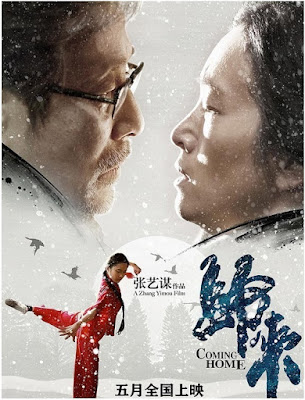 will open in USA this September and has already played around the world.
LOVE NEVER FOR- GETS
Lu Yanshi (Chen Daoming) and Feng Wanyu (Gong Li) are a devoted couple forced to separate when Lu is arrested and sent to a labor camp as a political prisoner, just as his wife is injured in an accident. Released during the last days of the Cultural Revolution, he finally returns home only to find that his beloved wife 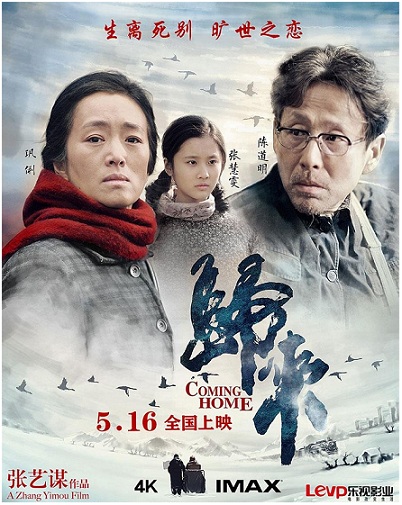 has amnesia and remembers little of her past. Unable to recognize Lu, she patiently waits for her husband's return. A stranger alone in the heart of his broken family, Lu Yanshi determines to resurrect their past together and reawaken his wife's memory. 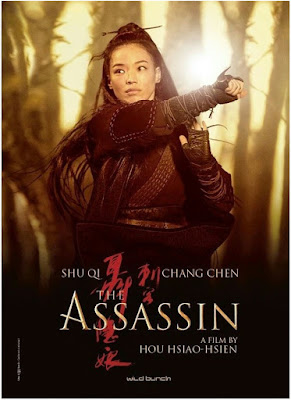 Another one coming from China is epic action drama which opened at Cannes Film Festival this year: THE ASSASSIN  has the story set during the mighty Tang Dynasty period in Chinese history. Nie Yinniang (Shu Qi) returns to family after several years in exile. The mission of her order is to eliminate the tyrany of the Governors who avoid the authority of the Emperor. Now she will have to choose between sacrificing the man she loves (Chang Chen), or break definitively with the "order of the Assassins". The movie has a USA distributor as well!
Posted by DEZMOND at 1:30 PM