As 'Deadline' reports Joseph Fiennes will lead the cast in CHARIOTS OF FIRE follow up movie THE LAST RACE which will follow Scottish runner Eric Liddell after his win at the 1924 Paris Olympics,  looking at his life in China, where he worked as a missionary and died in 1945 in a Japanese internment camp.
He was originally born in China in 1902 to Christian missionaries. His faith was of profound importance to him. He won gold in the 400m race in the 1924 Olympics but refused to take part in the 100m as it took place on the Sabbath. After returning to China, he was eventually sent to a Japanese internment camp in 1943 following Japan’s invasion of China six years earlier. He would die there of a brain tumour.


SEE DOUBLE TOM HARDY
IN 'LEGEND' ACTION PACKED TRAILER WITH EMILY BROWNING
The only trailer I have for you today is for Tom Hardy's and Emily Browning's new movie LEGEND!  From Oscar winner Brian Helgeland (L.A. Confidential, Mystic River) comes the true story of the 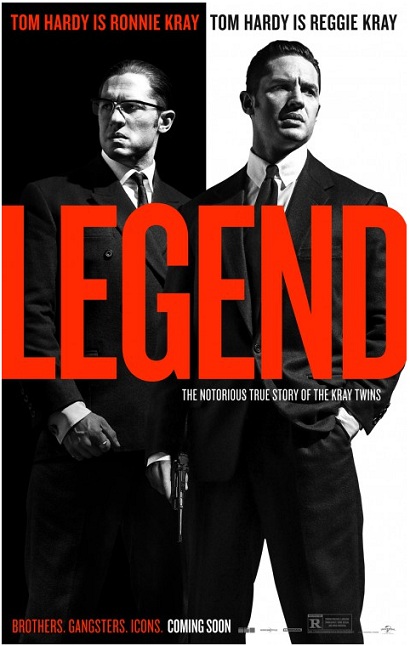 rise and fall of London’s most notorious gangsters, Reggie and Ron Kray, both portrayed by Tom Hardy in a double performance. It's a classic crime thriller taking us into the secret history of the 1960s and the extraordinary events that secured the infamy of the Kray twins.
Posted by DEZMOND at 1:30 PM