Well, this is certainly a rather nice cast: our most beloved and utterly charming Russell Tovey has joined BBC and AMC new mini series THE NIGHT MANAGER lead by our equally beloved Tom Hiddleston! The small screen adaptation of John le Carre's novel stars Tom Hiddleston as an ex soldier named Jonathan Pine, who is recruited for the British intelligence service by the mysterious Burr (Olivia Colman). Jonathan Pine is sent to investigate an alliance between Washington DC, Whitehall and a major arms dealer by infiltrating weapons trader Richard Onslow Roper's (Hugh Laurie) gang. Douglas Hodge, Tom Hollander and Alistair Petrie are also in the cast.


'LET IT SNOW' STORY BOOK
GETS 2016 MOVIE ADAPTATION
Yet another book that your dearest Dezzy is translating this year, the collection of stories LET IS NOW from John Green (The Fault In Our Stars), Maureen Johnson (13 Little Blue 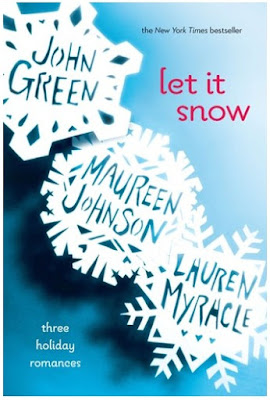 Envelopes) and Lauren Myracle (Internet Girls) is finally moving on with the adaptation! Universal will release the film in December 2016! The project which I mentioned for the first time four years ago, will see PITCH PERFECT's Kay Cannon pen the script for the romantic festive film in which charming interconnected tales of love, romance, and breathtaking kisses are set in a little town stranded in a Christmas snowstorm. With sparkling white snowdrifts, beautiful presents wrapped in ribbons, and multicoloured lights glittering in the night through the falling snow a small town gets transformed into a romantic haven. 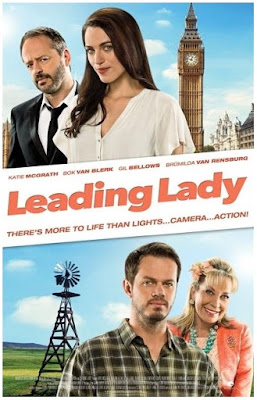 Check out the delightful romantic trailer for new comedy movie LEADING LADY in which Katie McGrath plays an idealistic British drama school teacher, Jodi Rutherford, who persuades a cynical South African farmer to prepare her for a role in a major film as an Afrikaans war heroine. In return Jodi undertakes to direct the annual concert on the Willemse farm. Jodi's interaction with the quirky small town citizens and the stubborn Kobus, teaches her that: "there is more to life than lights... camera... and action!" Bok Van Blerk and Gil Bellows also star.
Posted by DEZMOND at 1:30 PM