CHRIS HEMSWORTH IS
THE NEW RECEPTIONIST TO THE ALL FEMALE 'GHOSTBUSTERS'

Well, I'm sure most of you would rather call him than THE GHOSTBUSTERS! Director Paul Feig has announced today that Thor himself Chris Hemsworth will play the receptionist in the all new all female reboot of THE GHOSTBUSTERS! This means that Chris will cater to Melissa McCarthy, Kristen Wiig, Kate McKinnon and Leslie Jones, who are all signed to play the female band of GHOSTBUSTERS who nobody wants to work with! The movie which is scheduled for July next year will have McCarthy as the leader of the team. Before that you will see Chris Hemsworth and his supersized schlong in the reboot of VACATION comedy this July.


'ZOOTOPIA' TRAILER
DISNEY'S NEW ANIMATED MOVIE
Here's a Disney treat for you: the first trailer for new animated movie ZOOTOPIA out next March! The modern mammal metropolis of ZOOTOPIA is a city like no other. Comprised of habitat neighborhoods 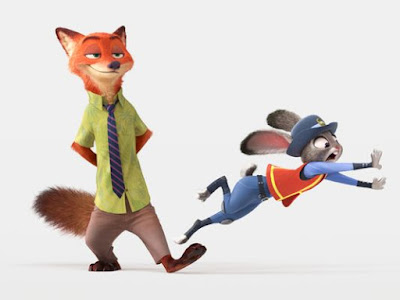 like ritzy Sahara Square and frigid Tundratown, it's a melting pot where animals live together. A place where no matter what you are, from the biggest elephant to the smallest shrew, you can be anything. But when optimistic Officer Judy Hopps (Ginnifer Goodwin) arrives, she 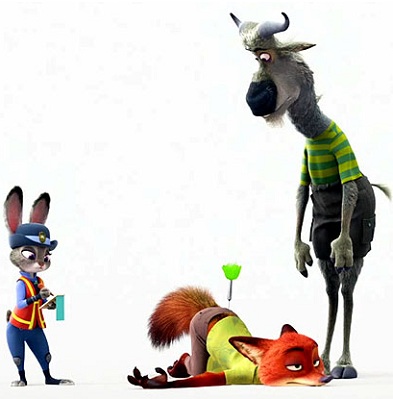 discovers that being the first bunny on a police force of big animals isn't so easy. Determined to prove herself, she jumps at the opportunity to crack a case, even if it means partnering with a fast-talking, scam-artist fox, Nick Wilde (Jason Bateman), to solve the mystery.
Posted by DEZMOND at 1:20 PM