NEW 'DRAGON BLADE' POSTER
ROMANS IN ANCIENT CHINA
Poster day today, people, starting with the new one for epic adventure DRAGON BLADE which will finally hit US cinemas this September 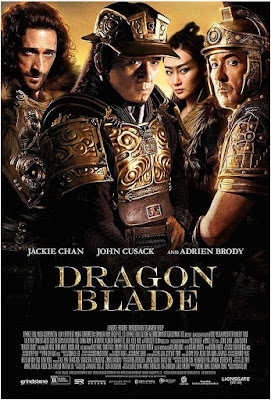 following the fight for the Silk Road, where East and West collide. When corrupt Roman leader Tiberius (Adrien Brody) arrives with a giant army to claim the Silk Road, Huo An (Jackie Chan) and his group of trained warriors teams up with an elite legion of defected Roman soldiers led by General Lucius (John Cusack) to maintain the delicate balance of power in the region. To protect his country and his new friends, Huo An gathers the warriors of thirty-six ethnic nations together to fight Tiberius in an incredible epic battle.

NEW 'TALE OF TALES' POSTER
SALMA HAYEK  AS THE QUEEN 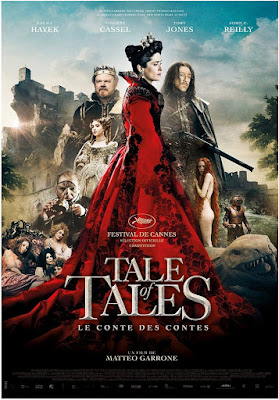 Another epic story to get a new poster is Italian bizarre, yet visually stunning, fairy tale drama TALE OF TALES  based on a 17th century collection of fairy tales by Italian author Giambattista Basile! The movie weaves realistic and fantastical elements together into three different storylines, with Salma Hayek playing the Queen of Longtrellis and John C. Reilly as her King,  Vincent Cassel as the King of Strongcliff and Toby Jones as the King of HighHills. It will compete at film festivals around Europe this year! 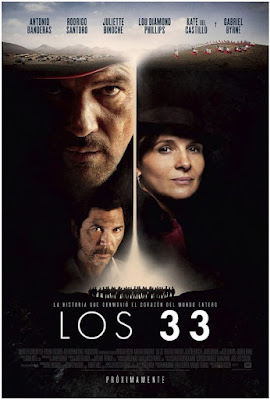 And then there's a new, or to be more precise, the very first poster for real life drama THE 33  with the story based on the real-life event from Chile a few years ago, when a gold and copper mine collapsed, trapping 33 miners underground for 69 days. Antonio Banderas, Rodrigo Santoro, Juliette Binoche, James Brolin, Lou Diamond Phillips and Gabriel Byrne star. The movie hits Chilean cinemas this August and will move into the American ones in November ahead of the Oscar award season.
Posted by DEZMOND at 1:10 PM