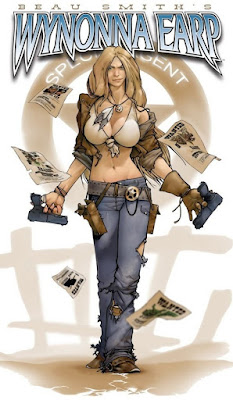 novel which has officially been greenlit by the channel into supernatural Western TV series!
She is a descendant of the famous lawman Wyatt Earp, and she's the top special agent for a special unit known as The Monster Squad. She battles such supernatural threats as Bobo Del Rey and his redneck, trailer-trash vampires that are pushing a new killer designer drug called "Hemo," and the Egyptian Mafia's mummy hitman, Raduk, Eater Of The Dead, who's out to do in all the other crime bosses. In her subsequent adventures she finished some outstanding Earp family business while dealing with Hillbilly Gremlins, and Zombie Mailmen alongside her fellow Marshalls.


'SONG OF THE SEA' TRAILER
ENCHANTING ADVENTURE
You can also check out the trailer for new animated movie SONG OF THE SEA!  In this enchanting new story from the Academy Award-nominated director of The Secret of Kells, Ben and his little sister Saoirse, the last Seal-child, must embark on a fantastic journey across a 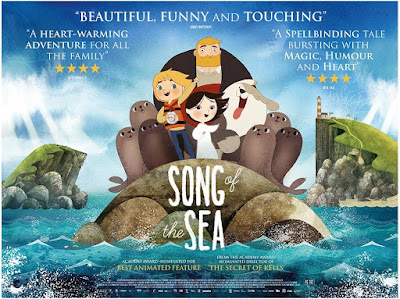 fading world of ancient legend and magic in an attempt to return to their home by the sea. The film takes inspiration from the mythological Selkies of Irish folklore, who live as seals in the sea but become humans on land. 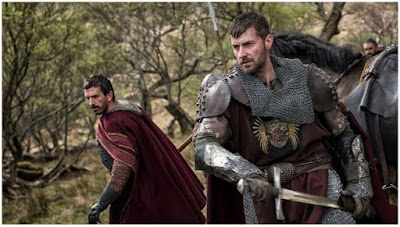 Muldowney centres on a group of monks who undertake a pilgrimage to transport their monastery's holiest relic to Rome. When the true significance of the relic is revealed, the journey becomes much more 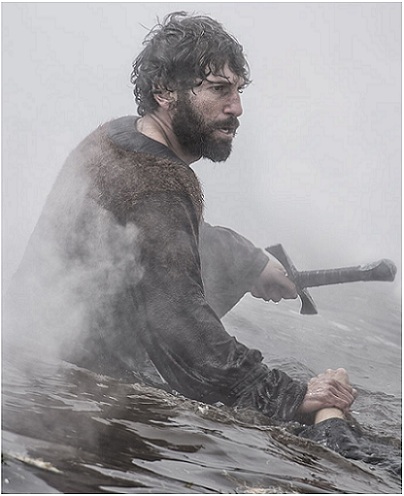 treacherous, and the group's faith and loyalty to one another are tested. Bernthal plays a mute brother with a violent past. Armitage portrays 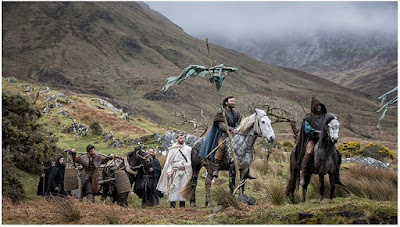 a misanthropic knight with whom the monks are forced to share their journey. Holland plays the entry character of the story, a pious young novice. Stanley Weber also stars!
Posted by DEZMOND at 1:20 PM