You all said this was the most difficult poll ever, but we did manage to choose THE BEST LIVING ACTRESS. And it is no one else but Cate Blanchett who won 44% of your votes. I thought Meryl Streep would be your favourite, but she took second place with 24% of votes. Judi Dench (bow immediately) was third (22%) leaving Kate Winslet in the fourth place (9%). 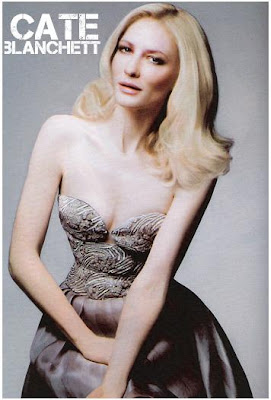 Cate Blanchett  truly is the best actress of all times. There isn't a single role of hers which wasn't legendary, flawless, breathtaking, stunning, ground breaking, mind blowing, magnificent, profound, intelligent ... not a single one. She is just like Meryl Streep - a category of her own, with whom no one else can compete. Even her weakest performance is better deserving of an Oscar than any other performance of any other actress.  She also possesses an otherworldly, refined and mesmerizing beauty which radiates from deep within. Her best role would be the one from ELIZABETH THE GOLDEN AGE, in which she gave a masterclass in acting, shining in every possible scene in the outstanding epic. She didn't play, but she WAS an elven queen in THE LORD OF THE RINGS. And don't forget her hypnotizing voice while she narrated the story in that epic. She out staged Brad Pitt in THE CURIOUS CASE OF BENJAMIN BUTTON 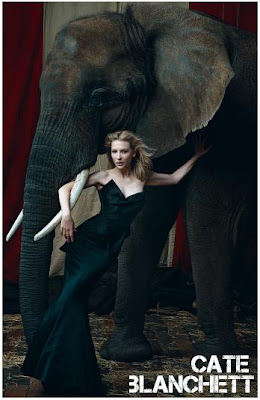 (and wasn't even nominated for an Oscar).   She did what no other actress did - played a man, and played him for real not as a parody in I'M NOT THERE. She was the most perfect Katharine Hepburn in THE AVIATOR. She was so stunningly flawless in CHARLOTTE GRAY, VERONICA GUERIN, THE GIFT. She was the hottest feme fatale in BANDITS. She stole the show in THE TALENTED MR. RIPLEY. She had the most perfect accent in THE GOOD GERMAN. She stole the show again from Brad Pitt in BABEL. She was an action hero in THE MISSING and INDIANA JONES.  And you fell in love with her in NOTES ON A SCANDAL in which she had the most amazing chemistry with her royal majesty Judi Dench (bow immediately). She also stole the show in ROBIN HOOD. We will be watching her in THE HOBBIT, HANNA and THE INDIAN SUMMER. 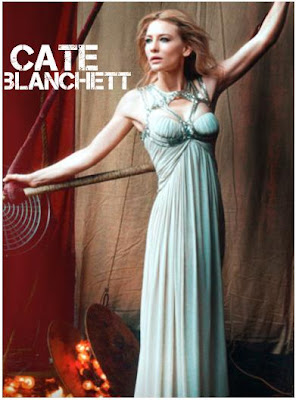 And beside all these legendary roles in which she always has a new face, she managed to give birth to three lovely kids, to maintain an ideal marriage, to stay away from tabloids, to become a fashion icon, to become a theatre star, to stay irresistibly beautiful,
She has five Oscar nominations, she won one for THE AVIATOR, she is one of the rare thespians who were nominated for both the lead and the supporting role in the same year, she won two BAFTA's, and three awards from the Australian Film Institute, she was nominated seven times and won two Golden Globes. And she was nominated nine times for Screen Actors Guild Awards.
Some of the roles that she didn't play although she was the first candidate include the ones in THE FOUNTAIN, MINORITY REPORT, MR. AND MRS. SMITH, THE MERCHANT OF VENICE, HANNIBAL ... 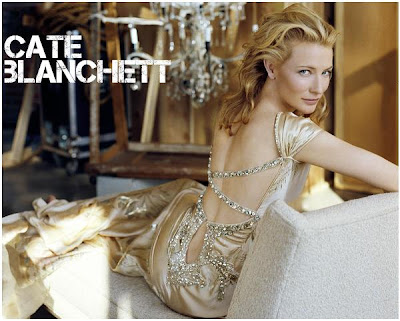 Now, let's do a poll choosing YOUR FAVOURITE CHRIS :) It seems Chris is a very popular name if you want to become a huge film star. So who is your favourite one: our THOR Chris Hemsworth, our Captain America Chris Evans, our Batman Chris Bale, our Robin Chris O'Donnell, our Captain Kirk Chris Pine, or our favourite Glee member Chris Colfer. All of them are currently hugely popular and you can vote for them as much as you like next two weeks.
Posted by DEZMOND at 10:04 PM