HOLLYWOOD SPY has already informed you this summer, that David E. Kelley, the famous TV producer (ALLY MCBEAL, L.A. LAW) is preparing a new TV show on WONDER WOMAN,
the most popular female super hero. Now, the rumors about the possible actress who could take the lead role have started and the name of the first girl who could get into the group of actresses who will audition for the role has appeared around the net. It's the pretty much unknown Tanit Phoenix who has only appeared in some vampire movies so far, but has the certain looks which will amaze you if you do the Google image search :) 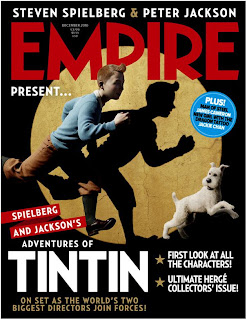 The first pics from THE ADVENTURES OF TINTIN: SECRET OF THE UNICORN have been revealed in the new EMPIRE. Coming out December 2011 it will be a motion-captured adaptation of the famous comic book, directed by Steven Spielberg and starring Jamie Bell, Daniel Craig, Simon Pegg, Cary Elwes, Andy Serkis ... The film stars Jamie Bell as Tintin, the intrepid young reporter whose relentless pursuit of a good story thrusts him into a world of high adventure. The second part of the film should be directed by Peter Jackson. 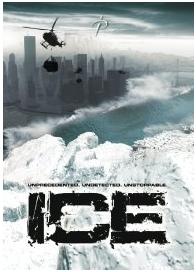 O’Connor. ICE is basically a disaster story about a scientist who can't convince the authorities that a huge disaster is coming when a giant piece of ice the size of a small country breaks off the Antarctic continent and becomes a major world threat as it heads on an inexorable course north towards the UK, Europe and the US. Swathed in its own fog, and carrying its own devastating weather patterns the frozen colossus triggers a series of disasters and plunges the world’s temperatures into steep decline leaving the world to contemplate the dawning of a new ice age.
Posted by DEZMOND at 1:43 PM