Now, I see you reacted well yesterday on HOLLYWOOD SPY's post about Joe Manganiello being a possible new SUPERMAN in Zack Snyder's reboot of the famous super hero flick, but here's another new candidate, the one I've been cheering for a long time now: one of my most favourite actors ever, Patrick Wilson (LITTLE CHILDREN, ANGELS IN AMERICA), is the new name on the list of the actors who could be the new Man Of Steel. Beside being painfully talented, handsome and charismatic, Patrick 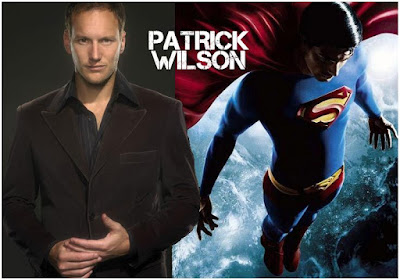 Wilson has already worked with Snyder when he played Nite Owl in Snyder's masterpiece WATCHMEN. Patrick himself says he would be more than glad to work with Zack again! HOLLYWOOD SPY will pray every evening for this to happen :) There are also some crazy rumors about Snyder going for a more muscly SUPERMAN and considering Dwayne Johnson and John Cena for the role. 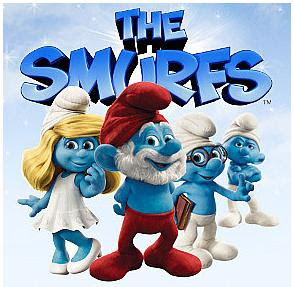 And lets continue with blue and red: take a look at the first image from the upcoming THE SMURFS film showing for the first time Smurfette and Brainy Smurf beside Papa Smurf. The live-action adventure mixed with animation will, unfortunately, see the Smurfs getting lost in New York instead of having some merry times in their mushroom village. The film is out next summer.

Although everybody liked him, super charming Hugh Jackman has turned down the offer to host the 83rd OSCARS next year. This is due to his prior commitments with the filming of the WOLVERINE sequel. The academy awards will be held February 27th, 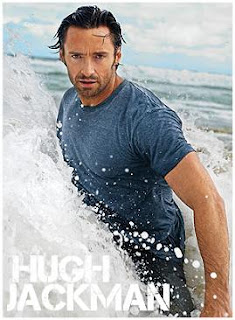 but at that time Hugh will be in Asia with director Darren Aronofsky preparing for WOLVERINE 2. There are rumors that the new host might be extremely shocking and surprising. Do I smell Lady Gaga :))))

Two days ago I told you that Zack Efron will take the lead role in the adaptation of the famous manga AKIRA but now it seems Warner Bros. has find another addition for the cast as well: Morgan Freeman will be The Colonel in the story about a teenage gang member who is subjected to government experiments that unleash his latent powers. The film will probably take place in a futuristic USA after a nuclear war has ravaged the whole country.
Posted by DEZMOND at 11:12 AM