The popular BBC's six-part television series WALKING WITH DINOSAURS, from 1999 which was viewed by more than 700 million people around the world, will be made into a huge CGI and live-action 3D feature film by 20th Century Fox. Using live-action footage of scenery and CGI creatures to create an intimate and engaging 3D adventure for the entire family WALKING WITH DINOSAURS will transport audiences to a breathtaking prehistoric world when dinosaurs ruled the Earth. 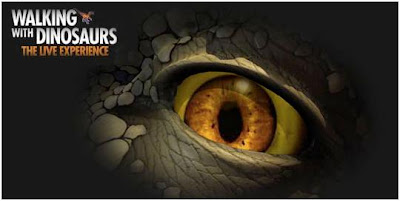 Now this is something fresh: Disney is planning to make a family adventure film TIKI, which will be set in the world of Polynesian mythology according to "Heat Vision". The film will be inspired by the Enchanted Tiki Room at Disneyland which displays Polynesian culture, Hawaiian gods, mystic wooden masks and engravings. 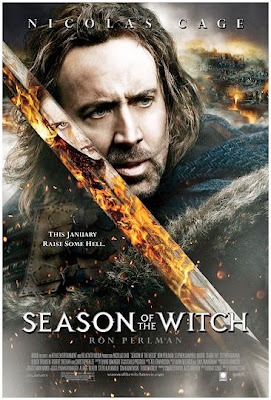 You can also check out a beautiful poster for SEASON OF THE WITCH, in which Nicolas Cage stars as a 14th century Crusader who returns with his comrade (Ron Perlman) to a homeland devastated by the Black Plague. A beleaguered church, deeming sorcery the culprit of the plague, commands the two knights to transport an accused witch (Claire Foy) to a remote abbey, where monks will perform a ritual in hopes of ending the pestilence. A priest, a grieving knight, an itinerant swindler and a headstrong youth who can only dream of becoming a knight join the mission troubled by mythically hostile wilderness and fierce contention over the fate of the girl. When the embattled party arrives at the abbey, a horrific discovery jeopardizes the knight’s pledge to ensure the girl fair treatment, and pits them against an inexplicably powerful and destructive force. The film is out next January. 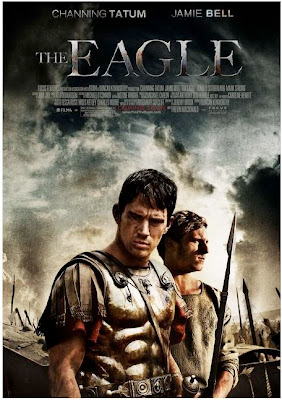 Ah, we've been waiting for it for ages and now it's finally here - the trailer for the Roman epic THE EAGLE with the amazing cast including Channing Tatum, Jamie Bell, Donald Sutherland and Mark Strong. Coming out next February, this epic follows a master and his slave who are trying to solve the mystery of the famous Ninth Legion which had disappeared in Britannia along with their treasured golden Eagle emblem. The two of them set out into the vast and dangerous highlands of Scotland  to confront its savage tribes and retrieve the hallowed Eagle. Along the way they will discover some personal secrets as well and will come face-to-face with the warriors of the fearsome Seal Prince (played by Tahar Rahim).
Posted by DEZMOND at 1:47 PM