Here's the first poster for the new sf horror APOLLO 18 which is coming out next March. The spooky film will rely on found footage to tell its story. 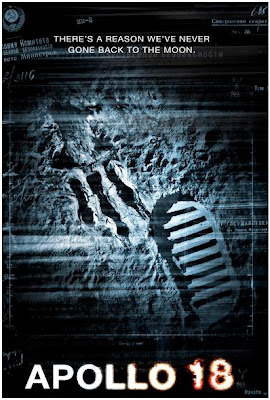 The plot will revolve around recently discovered video shot by the crew of an abandoned moon mission from the early 70s. NASA claims that the mission never took place, but this new discovery reveals the existence of alien life and explains why NASA has hidden the footage for all of these years.

Ah, here's another film ruined by bad casting at the very beginning: Mark Wahlberg will take the lead role in UNCHARTED: DRAKE'S FORTUNE, the adaptation of the popular video game about a treasure hunter Nate Drake who believes he has learned the whereabouts of El Dorado, the fabled South American golden city, from a cursed golden statue. The search becomes competitive 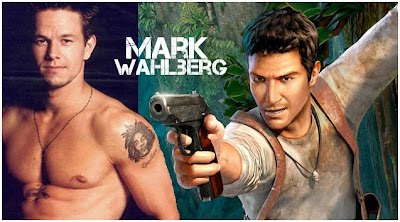 when a rival hunter joins the fray, then mutated descendants of Spaniards and Nazis begin attacking those hoping to learn the treasure's true secrets. Wahlberg might be joined by Robert De Niro and Joe Pesci in this action adventure. The whole film would've been so much different if they took Nathan Fillion for the lead role :( 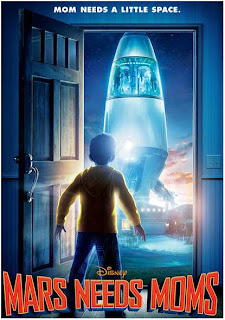 You can also check out the crazy trailer for Disney's MARS NEED MOMS animated film in which nine-year-old Milo finds out just how much he needs his mom when she's nabbed by Martians who plan to steal her mom-ness for their own young. Milo embarks on a quest to save his mom - a wild adventure that involves stowing away on a spaceship, navigating an elaborate, multi-level planet and taking on the alien nation and their leader. With the help of a tech-savvy, underground earthman named Gribble and a rebel Martian girl called Ki, Milo just might find his way back to his mom - in more ways than one. The film is out next Spring.

And HAPPY THANKSGIVING to all my dear readers, visitors and friends over in U.S.A. HOLLYWOOD SPY is thankful for having you :)
Posted by DEZMOND at 1:53 PM