Check out the first poster for next summer's fantasy western COWBOYS AND ALIENS. Starring Harrison Ford, Daniel Craig, Sam Rockwell, Olivia Wilde, Jon Favreau and Keith Carradine, the film follows a stranger (David Craig) who stumbles into a desert town called Absolution which doesn't welcome strangers, and nobody makes a move on 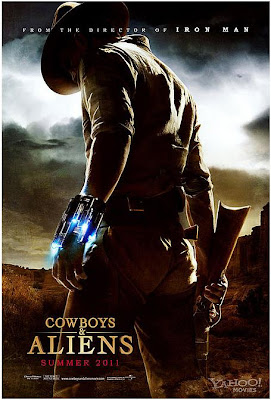 its streets unless ordered to do so by the iron-fisted Colonel Dolarhyde (Harrison Ford). It's a town that lives in fear. But Absolution is about to experience fear it can scarcely comprehend as the desolate city is attacked by marauders from the sky. Screaming down with breathtaking velocity and blinding lights to abduct the helpless one by one, these monsters challenge everything the residents have ever known. Now, the stranger they rejected is their only hope for salvation. As this gunslinger slowly starts to remember who he is and where he's been, he realizes he holds a secret that could give the town a fighting chance against the alien force. 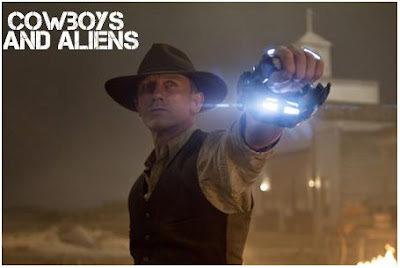 With the help of the elusive traveler Ella (Olivia Wilde), he pulls together a posse comprised of former opponents-townsfolk, Dolarhyde and his boys, outlaws and Apache warriors-all in danger of annihilation. United against a common enemy, they will prepare for an epic showdown for survival. 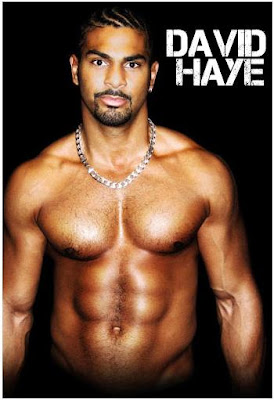 And since we've mentioned Daniel Craig, it's interesting that he might not be in a new JAMES BOND film. Due to his busy schedule already filled with new projects, MGM is currently considering a replacement since they want to start production next year. The latest one to actively and loudly pursue the lead role is no one else but David Haye, a famous boxer and a world heavyweight champion, who wants to become the first black JAMES BOND. According to "MovieWeb" this is a similar situation with the one from this summer when Donald Glover wanted to become the first black SPIDERMAN, but he lost the role to Andrew Garfield. I'm not sure about you, but somehow I think Haye as Bond would announce the total downfall of the whole franchise.  No elegance, no acting skills, no dashing charms - he's just nowhere near 007.
Posted by DEZMOND at 2:10 PM