"BUFFY THE VAMPIRE SLAYER" RETURNS TO CINEMAS. MIRANDA OTTO TAKES THE LEAD ROLE IN "LOCKE AND KEY" HORROR TV SHOW. KELLY BROOK IS ONE OF THE NEW "CHARLIE'S ANGELS". KATE BECKINSALE GETS A DAUGHTER IN "UNDERWORLD 4: NEW DAWN"

Fox's new TV show LOCKE AND KEY has find itself a director and the leading actress: Mark Romanek (ONE HOUR PHOTO, NEVER LET ME GO) will helm the show, while Miranda Otto (LORD OF THE RINGS) will play Nina Locke who survives an unspeakable horror with her three kids and attempts to rebuild their lives at Keyhouse, their family home in Massachusetts. 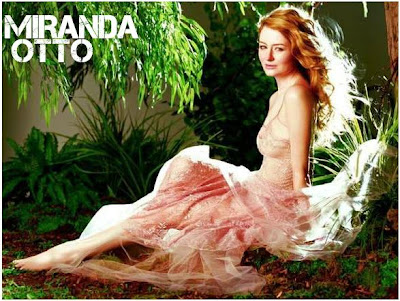 It is a mysterious New England mansion, with fantastic and transformative keys hidden inside its walls that are also being sought by a hate-filled and relentless creature with ties to the Locke family’s past who will stop at nothing to accomplish his sinister goals. 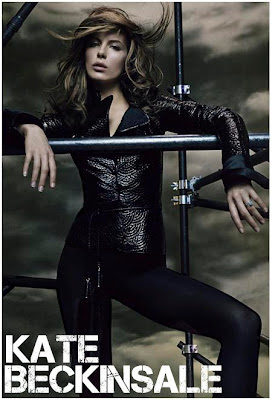 According to "Beyond Hollywood" the upcoming fourth part of the UNDERWORLD saga, which will mark the return of Kate Beckinsale as the sexy vampire, will be called UNDERWORLD: NEW DAWN. After being held in a coma-like state for fifteen years, vampire Selene (Kate Beckinsale) will learn that she has a fourteen-year-old vampire/Lycan hybrid daughter, Nissa, and when she finds her they will have to stop BioCom from creating super Lycans that will kill them all.

Warner Bros. has announced yesterday that they are officially taking BUFFY THE VAMPIRE SLAYER back to cinemas again. It's still not clear who will play the lead role (Sarah Michelle Gellar or maybe Vanessa Hudgens who was offered the role before) in the film but
it is clear that Buffy will no longer be in a high school and that she will still be witty, tough, and sexy.

HOLLYWOOD SPY has informed you last year, how ABC is planing to bring back CHARLIE'S ANGELS to TV in a new television series. The producers are currently searching for not so popular girls to play the lead roles which would make them household names just like it happened back in the 1970's with Farrah Fawcett and Jaclyn Smith. According to "AcesShowbiz" the producers want British bombshell Kelly Brook to become the first actress in the new trio of female spies. Gorgeous Kelly has already worked with the producers of the show Miles Millar and Alfred Gough on SMALLVILLE.

And don't forget to vote for HOLLYWOOD SPY in THE MOVIE 411 BLOG AWARDS by our dear Dempsey. If you click on the link you can vote for HOLLYWOOD SPY in the four categories I've been nominated by you gorgeous darlings :) - GOLD MOVIE BLOG, BEST DESIGN, BEST GOSSIP BLOG and SEXIEST MALE BLOGGER :)) You can vote till December 14th.You can also vote for our dear RaShelle, Alex and Jaccsy who are also in the final round in some of the categories.
Posted by DEZMOND at 1:52 PM