JAMES FRANCO IN "WRATH OF THE TITANS" EPIC? "THE WALKING DEAD" GETS SECOND SEASON! THE NEW CANDIDATES FOR THE LEAD ROLE IN "SPARTACUS BLOOD AND SAND". RYAN KWANTEN & CAMILLA BELLE IN "ZEBRAS"

The producers of the popular epic show SPARTACUS BLOOD AND SAND are still searching for an actor who will replace the ill Andy Whitfield in the lead role and the final candidates for the job are Stephen Amell, Aiden Turner and Liam McIntyre.  I'm not sure what is going on with the story about Wentworth Miller being the possible candidate as well. It seems it was just a rumor. 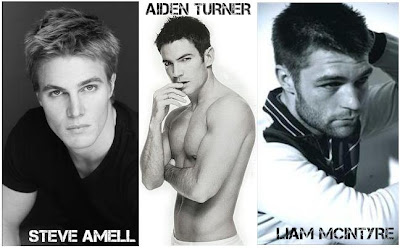 You already know that this year's epic CLASH OF THE TITANS will get its sequel but now we have the first cast additions: according to "Movieweb" WRATH OF THE TITANS might get James Franco for the role of Agenor, 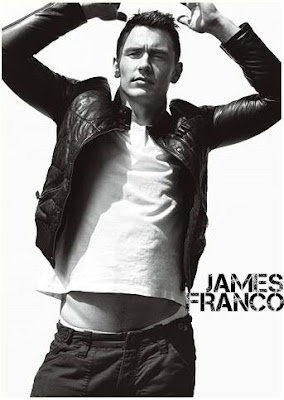 the king of Tyre, while Javier Bardem might play Ares, the God of War. Sam Worthington will of course reprise his role of Perseus, and the shooting should start in January.

After the amazing premiere and a great second episode,  the new zombie show THE WALKING DEAD has been renewed for the second season as well! Since it has broken records with the highest ratings in the history of cable television, AMC has ordered 13 episodes for the second season.  What's also interesting is that THE WALKING DEAD is one of the rare shows which was released simultaneously worldwide scoring a huge success around the planet.
And here's a piece of news I'm publishing just as my usual (and much beloved) excuse  to present you the pics of some unnaturally hot actors :) Camilla Belle (10,000BC) and Ryan Kwanten (TRUE BLOOD) will star in ZEBRAS, a true-life tale of a music producer who discovers talented young soccer players in the ghettos of Soweto, South Africa, and forms them into a successful team dubbed the Zebras, because it brings together black and white players. The director is Bruce Beresford (DRIVING MISS DAISY).
Posted by DEZMOND at 1:57 PM