IS JOE MANGANIELLO THE NEW SUPERMAN? "COWBOY NINJA VIKING" TO BE MADE INTO A FILM. THE PLOT FOR KARL URBAN'S "JUDGE DREDD". NEW ROLES FOR SCARLETT JOHANSSON

HOLLYWOOD SPY has already written about TRUE BLOOD'S hunk Joe Manganiello being a possible new SUPERMAN in Zack Snyder's reboot of the superhero movie,but the rumors are circling again. And Manganiello is not making it any easier to clear the mystery since he used ambiguous quotation marks in his recent Tweet about the whole story: Just to be clear... as of today, 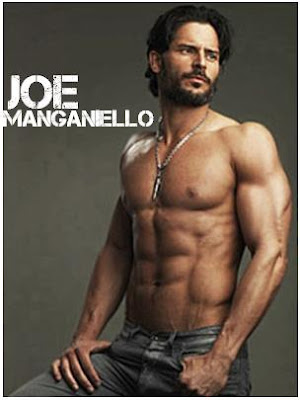 I am not "negotiating" to play Superman ...but keep your fingers crossed and thanks for the wishful thinking! There were also rumors that either Brandon Routh or Tom Welling could take the role as well, but Snyder did say the film will be a new take on the story so he might go for new actors as well.

Ah, that Scarlett Johansson is really busy: not only that she might get the lead role in PRIDE AND PREJUDICE AND ZOMBIES and that she is now in final talks to star in WE BOUGHT A ZOO, she will also take a pretty ridiculous role in UNDER THE SKIN,  a sci-fi film about an alien disguised in the form of a mesmerizing woman who uses her voracious sexuality to hunt for human prey, but then finds herself on a collision course with her own kind when she becomes drawn to the complexity of life on earth. 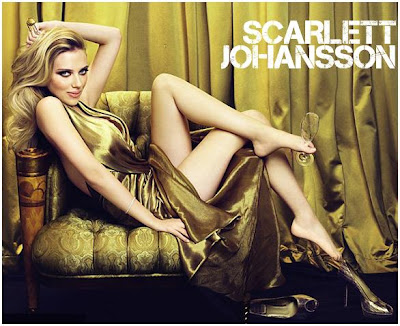 Disney is going to do a film adaptation of the comic book COWBOY NINJA VIKING,  in which the lead hero  is the 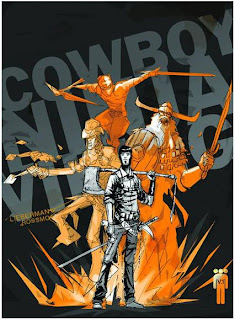 creation of  a psychotherapist who recruits Multiple Personality Disorder patients to produce a unit of counter-intelligence agents called Triplets. But when those guys become out of control assassins he must call the deadliest Triplet of them all - COWBOY NINJA VIKING -  to take down his own brethren.

The plot for the upcoming reboot of JUDGE DREDD with Karl Urban has been revealed: the main characters are Judge Cassandra Anderson and Judge Dredd. 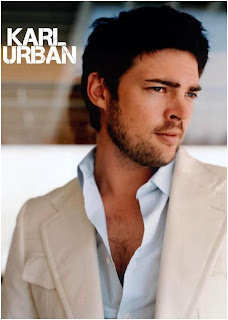 Anderson is a psychic Judge on a ride-along with Dredd and she is trying to prove herself  worthy of being a Mega City One Judge. The main villain is a drug pusher name Ma-Ma Clang, who pushes a new drug called Slo-Mo that slows down time for the user. He works out of a complex called Peach Trees where  the Judges will find themselves locked in, with Ma-Ma Clang ordering their death.The sad, sad, sad news is that according to the script Dredd never takes his helmet off during the film, which means we won't see any of Karl Urban's face.
Posted by DEZMOND at 1:34 PM