SPECTACULAR TRAILER FOR MEDIEVAL EPIC "SEASON OF THE WITCH". SPOOKY TRAILER FOR "THE RITE" WITH ANTHONY HOPKINS

Last week I presented you a cool poster for SEASON OF THE WITCH, and now you can view the breathtaking and spectacular trailer for this action packed epic. 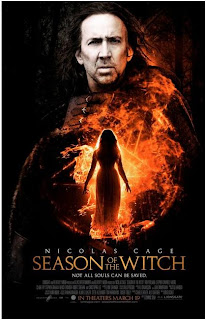 In the film, Nicolas Cage stars as a 14th century Crusader who returns with his comrade (Ron Perlman) to a homeland devastated by the Black Plague. A beleaguered church, deeming sorcery the culprit of the plague, commands the two knights to transport an accused witch (Claire Foy) to a remote abbey, where monks will perform a ritual in hopes of ending the pestilence. A priest, a grieving knight, an itinerant swindler and a headstrong youth who can only dream of becoming a knight join the mission troubled by mythically hostile wilderness and fierce contention over the fate of the girl. 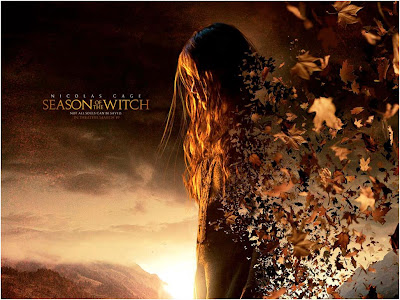 When the embattled party arrives at the abbey, a horrific discovery jeopardizes the knight’s pledge to ensure the girl fair treatment, and pits them against an inexplicably powerful and destructive force. The film is out next January.

You can also check out the spooky poster and trailer for the new religious thriller THE RITE which comes out next January and stars Anthony Hopkins. 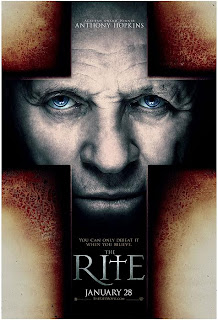 The film will follow skeptical seminary student Michael Kovak (Colin O’Donoghue), who reluctantly attends exorcism school at the Vatican. While in Rome, he meets an unorthodox priest, Father Lucas (Anthony Hopkins), who introduces him to the darker side of his faith. This supernatural thriller will uncover the devil’s reach to even one of the holiest places on Earth.The film also has other amazing mature actors in its cast: Ciarán Hinds, Rutger Hauer, Franco Nero ... The tag line of the film says - you can only defeat it when you believe!


And a big congrats to our Michael Malone from MAY CONTAIN NUTS who has just signed a publishing contract for his debut crime novel "Blood Tears"!!!
Posted by DEZMOND at 2:51 PM