NBC has finally put an end to its once popular sf show "Heroes". The end of the fourth season has also brought the official cancellation of the show which had an extremely varied fan reception over the years. 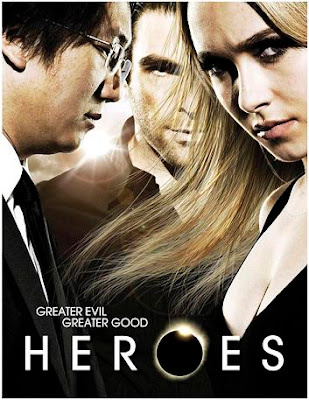 I personally watched the whole first season, but found the story too dragged out, slow and boring, so I said my goodbye to my dear Claire Bear and Sylar at that time.
Apparently NBC has been trying to find a way to give closure to the fans by adding a short final season, but according to "Live Feed" they've ultimately decided that it wasn't worth it. However, depending on the way the audience will react to this news, there's a possibility of two-hour or four-hour TV movie being added afterwards to finalize the series and say goodbye to all the characters in a proper way.
NBC has also decided to kill the historic series "Law & Order" after the end of its 20th season next week, but they have picked up "Law & Order Los Angeles" and there are still other L&O daughter-series on.
Posted by DEZMOND at 6:51 PM