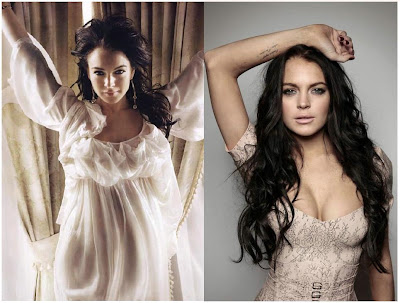 Here's what the producer of the movie said about their decision to chose Lohan for the role of Lovelace: I would say it's probably one of the most challenging roles any actor could play, and not because of the sexual content, necessarily, but more because she was so battered and beat up emotionally, that I think it's gonna take everything Lindsay has, to really be able to pull it off. Not that Lindsay's life is similar in any way, but she's been through a lot of ups and downs. A lot of times you're loved and then you're hated, and I think she can relate to those emotions and feelings. One week she's the 'it' girl, and the next, she's the 'what are you doing?' girl.
Posted by DEZMOND at 10:34 PM