Although he didn't exactly amaze the world with his work on "Clash of the Titans", screenwriter Travis Beacham is 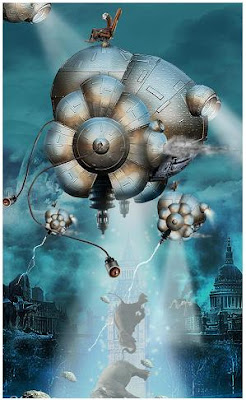 enjoying himself these days since according to "Deadline" he has just sold his new script "Pacific Rim" to Legendary Pictures for a high six-figures sum. "Pacific Rim" will be a sci-fi epic set in a future that finds Earth under attack from a group of malicious creatures. In an effort to rally the One World Order, all the governments of the world must come together to stop this threat using highly advanced technology.
The interesting fact about this whole story is that Travis Beacham has only written a very detailed twenty-five page treatment so far, but the film's premiere has already been scheduled for summer 2013.
Posted by DEZMOND at 5:21 PM