Whether he's hunting ladies in Serbia or new roles in Hollywood, it seems Gerard Butler just can't stay away from some action. According to "Deadline", Butler will star in "Machine Gun Preacher", action drama based on real life facts and directed by Marc Forster ("Quantum of Solace", "Finding Neverland"). 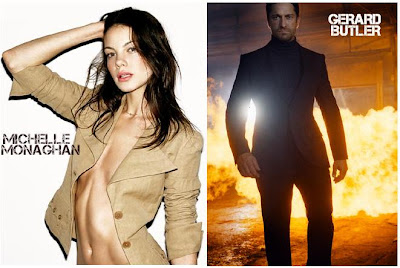 Gerard Butler will play real-life hero Sam Childers, a reformed criminal turned crusader who enters Africa's most dangerous battle zones to rescue children from the clutches of rebel warlords. Michelle Monaghan will play Lynn, Childers' wife who struggled to keep their family together while he helped establish an orphanage house in Africa. Michael Shannon is in talks to play a close friend of Childers who stayed with Lynn while her husband was off on his crusade.
Posted by DEZMOND at 6:19 PM