HOLLYWOOD SPY's latest poll is over and you have chosen Jeri Ryan as your favourite SF BEAUTY. She lead a tough battle against Linda Park who won 29% of your votes with Jeri winning with 33%. 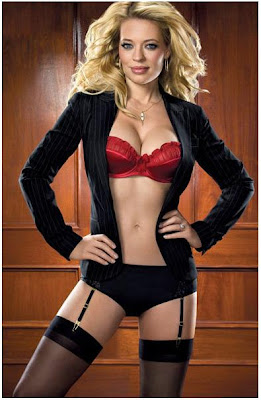 Morena Baccarin took third spot with 18% of your votes.
I'm sure nobody is surprised, Jeri Ryan really is the main star of every sf geek's dream. She seduced us with her mesmerizing looks, lethal charms and flawless body starring as the prettiest Borg the universe has ever seen in "Star Trek Voyager". I'm sure many of us consider "Voyager" their favourite "Star Trek" series thanks to magnificent Jeri. Her role was so influential that most fantasy shows after that had at least one tough, sexy, cool and brave vixen in their cast (T'Pol in ENTERPRISE, Cara in SEEKER). After her legendary role, Jeri appeared in many other TV shows including "Law & Order", "Shark", "Leverage", "The O.C.", "Boston Legal" ... Can you believe she's already 42??? 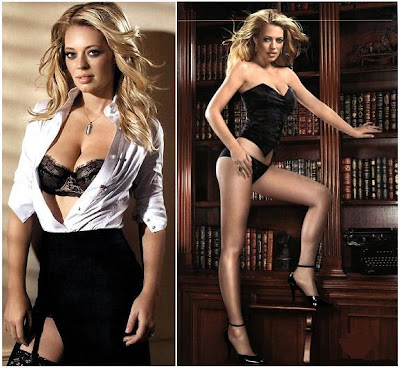 Now since, we've seen what happens when you leave voting to boys (we had just under 100 votes, and I had mistakenly thought this would be the most successful poll so far), 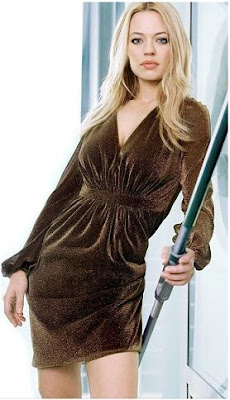 who are obviously too lazy, we shall dedicate next month to our female readers :) In the next three polls we shall be choosing your favourite TV HUNK. Part one includes following dashing gentleman our ladies have been staring at in front of the small screens: Eric Dane (GREY'S ANATOMY), Craig Parker (LEGEND OF THE SEEKER, SPARTACUS), Jamie Bamber (LAW & ORDER UK, GALACTICA), Jonathan Rhys Meyers (THE TUDORS), Michael Weatherly (NCIS), Jon Hamm (MAD MEN), Carmine Giovinazzo (CSI NY) and Matthew Fox (LOST). You can vote as much as you like next two weeks.
Posted by DEZMOND at 10:49 PM