FIRST IMAGES OF JASON MOMOA FROM THE SET OF "CONAN" 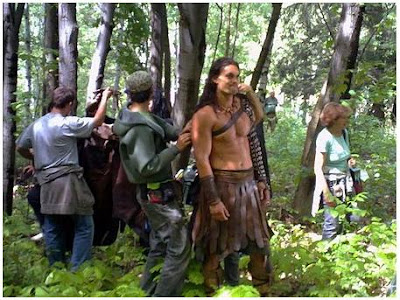 Straight from the sets in Bulgaria, we have the first pics of Jason Momoa as Conan in the upcoming remake of the famous action adventure. Directed by Marcus Nispel new "Conan" will follow Robert E. Howard's popular comic character in a bit younger age. The first images are not totally clear, but how do you like his wardrobe, hair and general appearance? Is Momoa a Conan enough for you? Starring Jason Momoa, Rose McGowan, Stephen Lang, Ron Perlman, Rachel Nichols, Saïd Taghmaoui ... the movie will appear in cinemas in 2011. 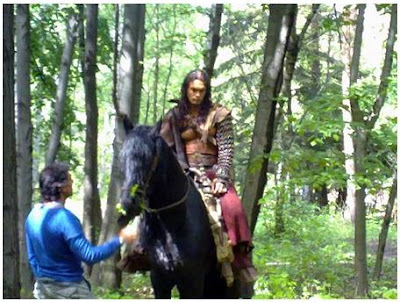