HOLLYWOOD SPY's official emissary in Singapore, Jaccsy, has found a full teaser trailer for the upcoming Russian 3D fantasy movie "Rorrim Bo and the Magic Goblet", which we've mentioned some time ago, but the new trailer offers a look into some stunning new scenes and some cool new creatures. 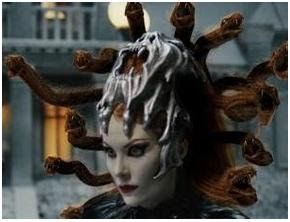 The movie starts in ancient past when the inhabitants of a fantasy world have chased away an evil witch Vergilda to our world and imprisoned her in the Magic Goblet, where she languished for 500 years until the workers in a Pioneer camp found her while preparing for the New Year's Eve and accidentally let her out. Weakened by centuries of bondage, the Witch moved into the body of the unsuspecting senior Pioneer, and now she needs to feed on someone else's fears to rebuild her force and return to the magical country. Off course, the camp is full with children who like telling horror stories and scaring each other, not knowing that they are helping the Witch in her horrible plans. The only one who can save them is Rorrim Bo the son of the hero who had put the Witch into the Goblet many years ago. The only problem is that Rorrim Bo is not so brave as his father, and is afraid of everything in the world.