DAVID FINCHER TO DIRECT "20,000 LEAGUES UNDER THE SEA" IN LINES WITH "STAR WARS"

It seems, David Fincher ("Fight Club", "Zodiac") has had enough of violent and dark movies, so he has decided to head over to Disney and make a huge career change. Believe it or not, according to "The Hollywood Reporter" he is in negotiations to direct the ultra expensive adaptation of "20,000 Leagues Under the Sea" instead of McG who has recently been kicked out from the project. 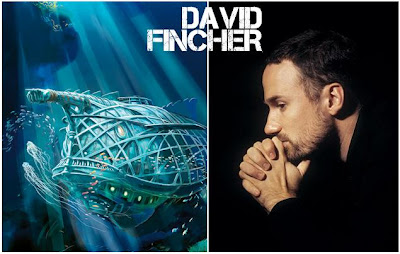 Based on Jules Verne's classic epic the new version will follow a group of men led by Captain Nemo, who battle a scientific genius and his giant submarine but differently from McG's idea to explore the origins of Captain Nemo, David Fincher's take on the material will be surprisingly less dark and more in lines with "Star Wars". They are planning to make a visually stunning movie, and are ready to start shooting before the end of this year.
Posted by DEZMOND at 6:27 PM