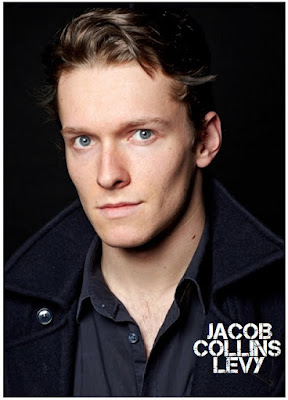 Levy as Henry VII, the paranoid king forced to marry an enemy to secure his throne! Essie Davis is her mother Dowager Queen Elizabeth “The White Queen” indomitable strategist and unwavering supporter of the York cause. Joanne Whalley will be widowed Duchess of Burgundy, her aunt, and sister to dead kings Richard III and Edward IV of England – a sensual, intelligent York woman who presides over her cultured court across the English Channel. As we wrote before, Michelle Fairley is Margaret Beaufort, Henry VII’s mother, the calculating mastermind behind his ascent to the Throne of 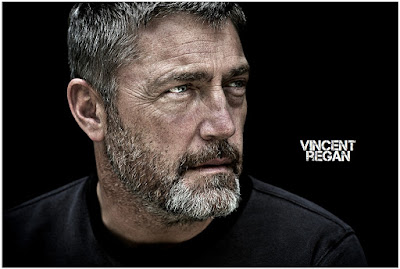 England who works to fortify his rule, as York rivals continue to plot against them. Suki Waterhouse is Cecily of York, jealous younger sister to Princess Elizabeth, while their cousin Margaret Plantagenet – reluctant member of the York clan because of the precarious political 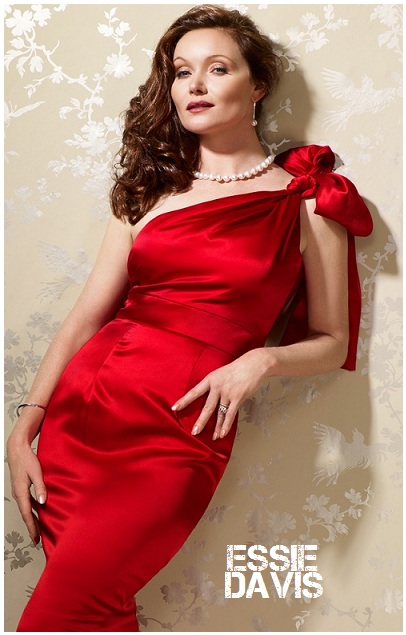 position it puts her and her brother in at the Tudor court – is played by Rebecca Benson! Rhys Connah is Teddy, Caroline Goodall is Duchess Cecily, Kenneth Cranham is Bishop Morton and Vincent Regan is Jasper Tudor.


'THE YOUNG POPE' TRAILER
JUDE LAW IS SMOKING PONTIFF
Two preview clips for upcoming period set series, starting with Jude Law's THE YOUNG POPE in which he plays the pontiff himself, 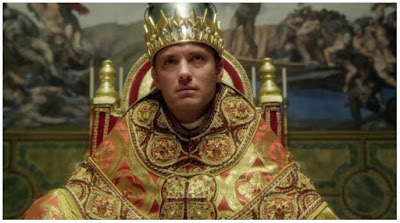 mysterious and contradictory, the first American pope in the devil's nest we call Vatican. Also starring Diane Keaton, the series will air this October on Sky, HBO and Canal +! 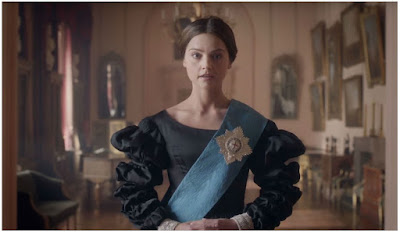 Coleman's young queen VICTORIA is meeting her prime minister Lord Melbourne, played by Rufus Sewell, and other nobles for the first time.
Posted by DEZMOND at 8:04 PM