PROMO: LEARN ABOUT TIBETAN ART WITH 'THE GOLDEN VALLEY: THE UNTOLD STORY OF THE OTHER CULTURAL CENTER OF TIBET' BY DAVID HUBER & DAVID GLANTZ 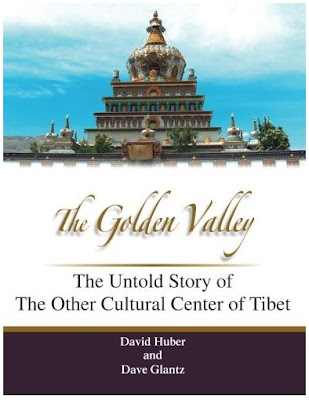 but also of its art through detailed text and colourful photographs.


The recent discovery of a rich cultural treasure trove of ancient Tibetan monastic art and furniture shines a light on an overlooked cluster of monasteries located in an eastern region of Tibet known as The Golden Valley. Tracing the tumultuous history of the valley from the 7th century to the present day provides the backdrop for the many influences on the evolution of its art, whether from enlightened Buddhist teachers or invading armies. Richly photographed, the book not only features the art itself – from exquisite centuries-old wall hangings to ingeniously designed furniture, all 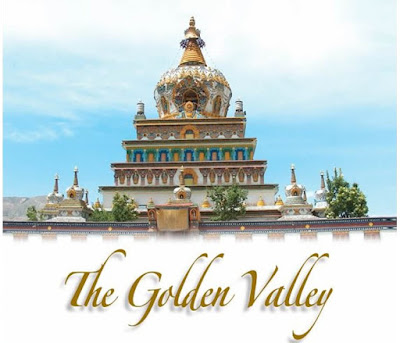 produced by dedicated monks – but also explains in unprecedented detail the symbolism and philosophy incorporated into these pieces, their stunning decorations serving a dual purpose as teaching devices. Finally, the book introduces the reader to daily life of the monks and nearby villagers. Taken together, the art showcased in this book is meant to guide the reader into the culture, mind and faith of the artists and their communities, and tell their previously untold story.


TIP FOR THE READERS given the authors' professional background we'd take the political aspect of the book with certain reservations.
TIP FOR THE AUTHORS better positioning of the photos, division of chapters into smaller subchapters and a wider choice of fonts in titles would make the book more attractive.
Posted by DEZMOND at 7:00 PM