ANGELINA JOLIE TO JOIN KENNETH BRANAGH'S 'MURDER ON THE ORIENT EXPRESS'? 'THE DEATH OF LOUIS XIV' TRAILER AND POSTER FROM CANNES FILM FESTIVAL

Only yesterday I've informed you that Cate Blanchett, Helena Bonham Carter and Sandra Bullock (Elisabeth Banks is now also circling) will lead female OCEAN'S ELEVEN movie, and now, here's another project which is gathering an all star cast: according to 'Deadline' Angelina Jolie is in talks to join Kenneth Branagh's MURDER ON THE ORIENT EXPRESS in which he will also play Poirot, beside directing it. He is planning to cast major stars in other roles as well.
In the story an American tycoon is found murdered, stabbed multiple times, in his locked compartment from the inside aboard the luxurious Orient Express. Isolated and with a killer in their midst on a packed train that is stranded during a terrible snowstorm in Yugoslavia, Poirot must identify the murderer before he or she strikes again.


'THE DEATH OF LOUIS XIV'
TRAILER AND POSTER ARE IN 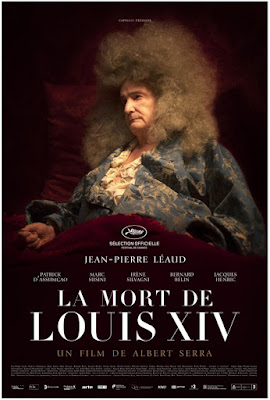 While we're waiting for the second season of VERSAILLES series to start this Autumn, straight from Cannes comes Albert Serra's THE DEATH OF LOUIS XIV which has been bought for US distribution in early 2017. Set in Versailles in August 1715, the film centres on Louis XIV (Jean Pierre Léaud, awarded at Cannes), who feels a pain in his leg after going for a walk. The next days, the Sun King fulfils his duties and obligations but has trouble sleeping. A serious fever erupts, which marks the start of the slow agony of the greatest King of France. Surrounded by doctors and family, he struggles to run the country from his bed.
Posted by DEZMOND at 7:48 PM