Casting news today, starting with 'Hollywood Reporter' writing that Nicole Kidman has joined THE KILLING OF A SACRED DEER in which Colin Farrell will join director Yorgos Lanthimos again after LOBSTER. She will play  his wife, with Farrell a successful surgeon who attempts to integrate a teenager into his family, but when the teen’s actions grow increasingly sinister, the doctor is forced to make an unthinkable sacrifice.
ZAC EFRON JOINS HUGH JACKMAN
Meanwhile, Zac Efron is apparently in talks to join Hugh Jackman in new musical THE GREATEST SHOWMAN ON EARTH in which Jackman plays PT Barnum, the impresario who founded what went on to become the travelling Ringling Bros and Barnum & Bailey Circus.


TYLER HOECHLIN IS
IS SUPERGIRL'S SUPERMAN

In TV casting news, if you like SUPERGIRL series which flew over to CW, you will be happy to hear that Tyler Hoechlin has been cast as Superman and Clark Kent! He will be visiting SUPERGIRL in National City at the start of the second season! They've also cast Nick Zano as Citizen Steel in LEGENDS OF TOMORROW!
MAX BROWN JOINS 'THE ROYALS'
And a royal piece of TV news, as well. We thought that the oldest prince died even before the 1st season of E! megapopular THE ROYALS series started since it begun with his funeral, but it seems he is alive! Max Brown has joined the cast as queen Helena's (Elizabeth Hurley) oldest son Prince Robert, who was supposed to be dead in a military accident but is coming back to turn the kingdom upside down, just when we thought 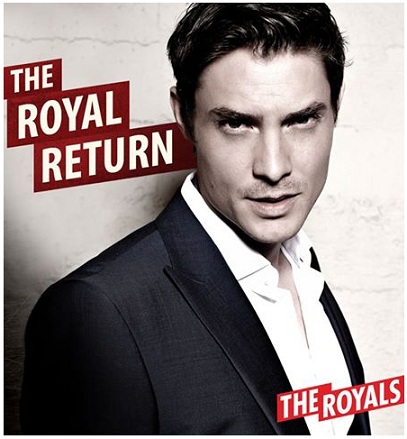 Prince Liam (William Moseley) was gonna take over the throne after they threw down their scandalous uncle in the second season finale.  Returning later this year,  season three will pick up two weeks after the execution of late King Simon's (Vincent Regan) murderer. 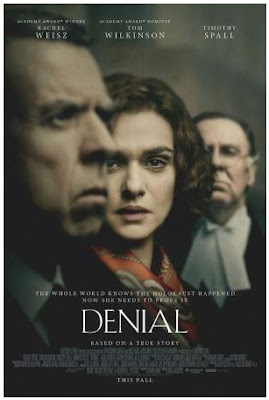 The first trailer has been revealed for DENIAL, the adaptation of “History on Trial: My Day in Court with a Holocaust Denier'' book by Deborah E. Lipstadt’s (played by Rachel Weisz) about her legal battle for historical truth against David Irving (Timothy Spall), who accused her of libel! In the English legal system, the burden of proof is on the accused, therefore it was up to Lipstadt and her legal team to prove the essential truth that the Holocaust occurred. Tom Wilkinson also stars alongside Andrew Scott in the biographical drama.