IS KELLAN LUTZ
THE NEW HE-MAN?

We're again going sf, people, not that you will mind, right? The hottest gossip this boring beginning of the week says that last year's Hercules Kellan Lutz has met with director McG to talk about the lead role in MASTERS OF THE UNIVERSE which means he is the first candidate for He-Man the Prince Adam of Eternia. The movie is currently in the stage of the script being written, but as you know the story involves intergalactic fights, travels, powerful villains, sorceresses and talking tigers. What do you think will they do it child friendly, a bit like NINJA TURTLES, or will be it a space opera of large epic scale? 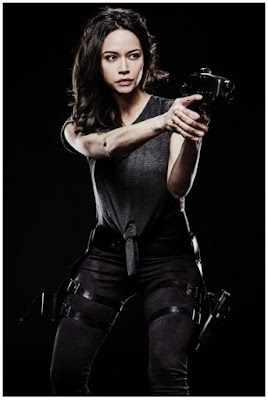 In the dead season of TV summer, one of the things that actually gave us some fun last year was SyFy's DARK MATTER show which is returning for the second season this Friday, July 1st! Are you excited? It wasn't the best of shows, but it was rather fun to watch and entertaining in an unassuming way.  It will again follow the ragtag crew of the spaceship Raza, who started off the last series with no memory of who they were or how they came to be on the ship, which now gets involved in an intergalactic conspiracy, as they search for a device that could prove vital in the upcoming war. 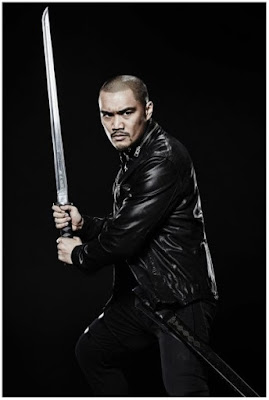 and Zoie Palmer as the ship's wise android. Melanie Liburd has joined the cast as a new member of the Raza crew, which will also include Shaun Sipos as Devon, a once world class surgeon, who is haunted by a dark past that may pose a danger to himself and his fellow crew members. Meanwhile, Franka Potente will be playing calculated Commander Shaddick, Chief Inspector of the Galactic Authority Serious Crimes Division. Ellen Wong will guest star as Misaki Han Shireikan the Commander of the Imperial Royal Guard of Ishida!