WILL KEMP IS LORD DARNLEY
IN 'REIGN' EPIC SEASON 4
As you know, CW's historical saga on Mary Queen of Scots (Adelaide Kane) REIGN, which ends its 3rd season in a few weeks, is getting the 4th run and now the first newcomer to the cast has been revealed: one of our

fave Australian stars Will Kemp (VAN HELSING) will star in three episodes with a potential for a regular role.
He will play LORD DARNLEY, Mary's second husband. Breezily confident, charming and warm, he was born with a blood-claim of his own to the English throne and a wildly ambitious mother whose love hinges entirely on his ability to secure a crown. Mary fell in love with him while mourning the death of her first husband Francis (actor Toby Regbo is no longer in the show and so is Torrance Coombs who played king's brother). Their relationship quickly deteriorated as Darnley grew more and more arrogant. He was subsequently murdered, with suspicion falling on Mary! Beside him, there will be two other new male characters in the series: Bothwell, a warm hearted bad boy who is deeply in love with Mary,  and Lord Narcisse’s (Craig Parker) son Gabriel, a sexy and highborn rogue who is also a plain speaking realist and will fall for Princess Claude and attempt to marry her, despite her obvious affections for another. 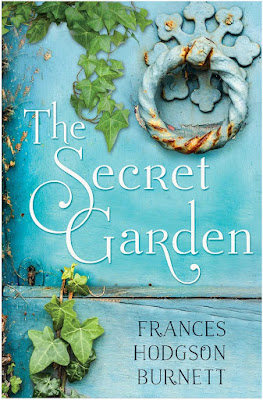 Meanwhile, 'Deadline' reports that one of our favourite stories will get a new movie adaptation by Studio Canal! THE SECRET GARDEN will be a movie version of Frances Hodgson Burnett’s beloved story about Mary Lennox, a troubled, sickly, orphaned 10-year-old girl sent to live with an uncle after her parents have died in a cholera outbreak in India. Initially sour and rude, Mary begins to explore the grounds of her uncle’s estate and befriends a robin. Mary hears of a locked away, hidden garden. Together with the robin, she finds the key and enters the garden only to discover it is more magical than she could have ever imagined.

Speaking of period set projects, from BBC Two comes a word that their three episode adaptation of Evelyn Waugh's DECLINE AND FALL will have Eva Longoria in the cast!  Set in 1920s Wales, it is a bitingly funny satire that follows the life and times of hapless Paul Pennyfeather (Jack Whitehall) who is sent down from Oxford after a wild, drunken party and finds himself qualifying for the position of schoolmaster at a boys’ private school in Wales. There he meets the delectable Margot Beste Chetwynde (Eva Longoria), the wealthy, powerful, and beautiful South American woman, who becomes the object of his affections.
Posted by DEZMOND at 7:59 PM