NEW POSTERS FOR EDDIE REDMAYNE'S 'FANTASTIC BEASTS AND WHERE TO FIND THEM', SAM WORTHINGTON'S 'THE SHACK', LIAM NEESON'S 'A MONSTER CALLS'! 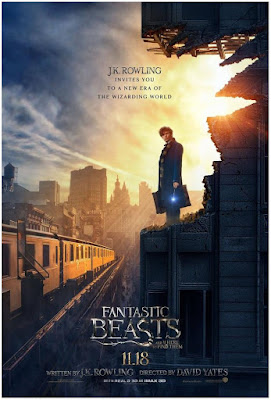 WHERE TO FIND THEM with Eddie Redmayne who portrays magizoologist Newt Scamander who, back in 1926, has just completed a global excursion to find and document an extraordinary array of magical creatures. Arriving in New York for a brief stopover, he might have come and gone without incident... were it not for a No-Maj (American for Muggle) named Jacob, a misplaced magical case, and the escape of some of Newt's fantastic beasts, which could spell trouble for both the wizarding and No-Maj worlds. Samantha Morton, John Voight, Ron Perlman and Colin Farrell also star. 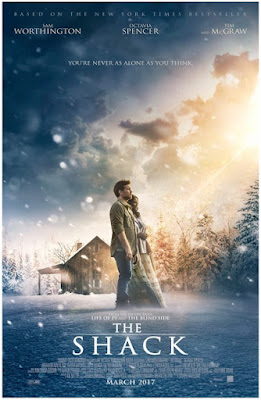 First poster has arrived for the adaptation of the megapopular bestselling book THE SHACK in which  Sam Worthington is a man whose youngest daughter is kidnapped during a family holiday. Evidence turns up in an abandoned shack to suggest she was murdered, which stymies the case. But then, four years later, he receives a note, apparently from God (Octavia Spencer), inviting him to go back to the ruined building. He accepts, against his better judgement, and what he finds there changes his life forever. The long awaited movie isn't coming out any time soon, since it is scheduled for next spring. 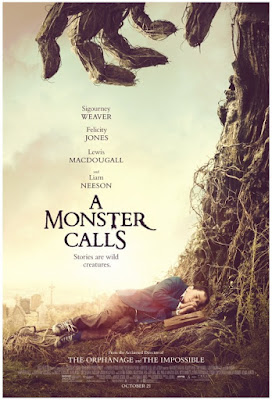 IS VERY SPOOKY INDEED
An atmospheric new poster is out for the adaptation of Patrick Ness' A MONSTER CALLS with deeply unsettling voice from Liam Neeson in which young Lewis MacDougall is a boy who attempts to deal with his mother’s (Felicity Jones) illness and the bullying of his classmates by escaping into a fantastical world of monsters and fairy tales that explore courage, loss, and faith! Out October it also stars Sigourney Weaver.
Posted by DEZMOND at 7:46 PM