IS DWAYNE JOHNSON
UNIVERSAL'S 'THE WOLFMAN'?

Well, you gotta admit he is all over the place right now: while we're waiting to watch Dwayne Johnson in new BAYWATCH movie, and also in FAST AND FURIOUS 8, while hearing his voice this winter in MOANA, and then also seeing him as Black Adam in SHAZAM and in JUMANJI reboot, yet another reboot he might appear in is MAGNUM P.I. but what is most interesting is that Universal apparently wants him as their WOLFMAN in their monster franchise which started with Luke Evans' DRACULA UNTOLD and continues with Tom Cruise's THE MUMMY. The franchise will also have Johnny Depp as THE INVISIBLE MAN and also Van Helsing and Frankenstein reboots. Dwayne will also play DOC SAVAGE in a movie and has SAN ANDREAS disaster movie sequel to do. 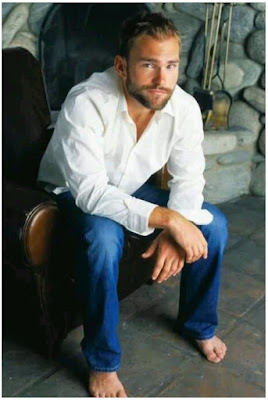 TO LEAD 'THE BABY' SITCOM
In TV news, here's a funny sounding project: 'Deadline' reports that Amy Poehler will produce a new comedy series THE BABY for NBC with Seann William Scott in the lead role.  He will headline the series as the youngest male in an organized crime family of all women. Though he’s tough at work, his mother and seven older sisters mercilessly push him around at home! NBC has ordered a pilot episode. 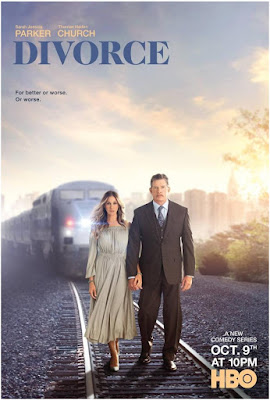 WITH SARAH JESSICA PARKER
Meanwhile, HBO has released the first trailer for their new comedy series DIVORCE which arrives this Autumn starring Sarah Jessica Parker and Thomas Haden Church. The series follows them as a couple with all their difficulties and affairs. It seems it will also be about showing the middle finger a lot.