season, while over in UK the sad news is that JERICHO, HOME FIRES and INDIAN SUMMERS epic dramas have been officially killed of, and in USA NASHVILLE, AGENT CARTER, GALAVANT, THE MUPPETS, CASTLE at ABC, GRINDER, GRANDFATHERED at Fox, CONTAINMENT at CW have all been cancelled and CW is also taking over SUPERGIRL from CBS), ABC has also revealed the first teasers for series that they've ordered for whole seasons: 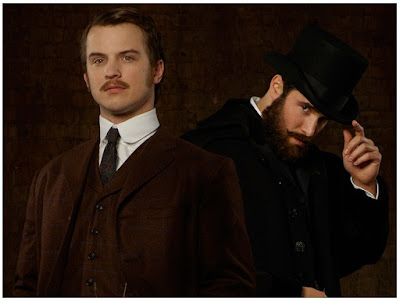 Ripper (Josh Bowman). Once H.G. arrives in New York City, he finds a world he never thought possible and a young woman who captivates him!

'STILL STAR CROSSED'
In which Romeo and Juliet are dead but we continue to follow the war between the Capulets and the Montagues! It is charting the treachery, 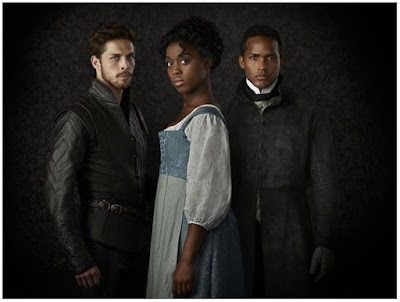 palace intrigue and ill-fated romances of the Montagues and Capulets in the wake of the young lovers’ tragic fate. Wade Briggs, Torrance Coombs, Grant Bowler star. 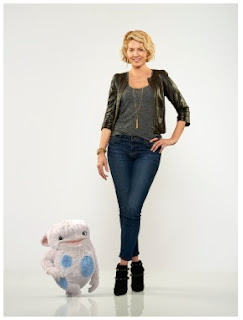 JENNA ELFMAN'S 'IMAGINARY MARY'
It centres on Alice (Jenna Elfman), a fiercely independent career woman whose life is turned upside-down when she meets the love of her life – a divorced father with three kids. This triggers even more upheaval when the slightly unhinged imaginary friend she created as a child suddenly reappears to help her navigate the transition from single girl to a woman ready for a family.

In latest news we hear that sadly NBC has cancelled their best sitcom ever UNDATEABLE after three magnificent seasons. They've also cancelled Eva Longoria's TELENOVELA.
Posted by DEZMOND at 8:11 PM