A series I've already announced earlier this year has rounded up its cast: real life couple James Tupper and Anne Heche will play the lead couple in AFTERMATH post apocalyptic series. The Canadian sf series will air later this summer at SyFy! The two of them will play Joshua and Karen Copeland who, along with their three teenage kids, must battle for survival after civilization comes to an apocalyptic end, triggered by devastating natural disasters, massive storms, meteor strikes, earthquakes and plague and the rise of supernatural creatures. I've reported before that Julie Sarah Stone, Levi Meaden, and Taylor Hickson will play the three siblings coming of age in the Apocalypse.


'ONE DAY AT A TIME' REMAKE
WITH TODD GRINNELL, RITA MORENO AND JUSTINA MACHADO
After resurrecting FULLER HOUSE, another classic sitcom  getting a fresh new version at Netflix 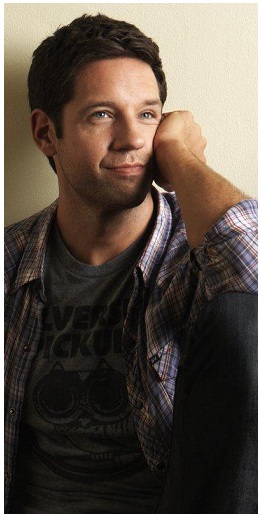 is ONE DAY AT A TIME which will this time revolve around a Cuban American family.  Justina Machado, Rita Moreno, Stephen Tobolowsky and Todd Grinnell have been cast already. The 13 episode multi camera sitcom, will follow Penelope (Machado), a recently separated mom who is navigating a new single life while raising her radical teenage daughter and socially adept tween son, with the “help” of her old-school Cuban-born mom and a friends without benefits building manager named Schneider (Grinnell). Being the only character transplanted from the original comedy, Schneider is a charming and over-privileged handyman who lives in his dad’s building rent-free in return for being the building manager.

Labels: AFTERMATH, ONE DAY AT A TIME, SITCOM