Ooh, here's another period set drama coming to us from ITV in the future: they're preparing HARLOTS eight episode series together with Hulu! And they already have leading three - Jessica Brown Findlay, Samantha Morton and Lesley Manville!
Set against in 18th century Georgian London, HARLOTS is a family drama offering a new take on the city’s most valuable commercial activity: sex. Based on the stories of real women, the series follows Margaret Wells (Samantha Morton) and her daughters as she struggles to reconcile her roles as mother and brothel owner. When her business comes under attack from Lydia Quigley (Lesley Manville), a rival madam with a ruthless streak, Margaret will fight back, even if it means putting her family at risk. Jessica Brown Findlay is Charlotte, Margaret’s eldest daughter and the city’s most coveted courtesan who begins to grapple with her position in both society and her immediate family.

Speaking of new series, 'Deadline' reports that Endemol is going to turn action adventure video game MIRROR'S EDGE into another female centred TV series! The story is set in a quasi futuristic dystopian society in which a network of “runners” act as couriers to transmit messages while evading government surveillance. The game’s main character and heroine is Faith, a runner and skilled warrior whose sister is framed for murder. The narrative follows Faith as she is drawn into the fight against the ruling Conglomerate and becomes enveloped in a conspiracy that could bring down society itself.


'GUERNICA' TRAILER WITH
JAMES D'ARCY & JACK DAVENPORT
Earlier this year I've shown you an international trailer for Spanish epic movie GUERNICA and now we have the English language one starring James D'Arcy, Jack Davenport and Maria Valverde. Out 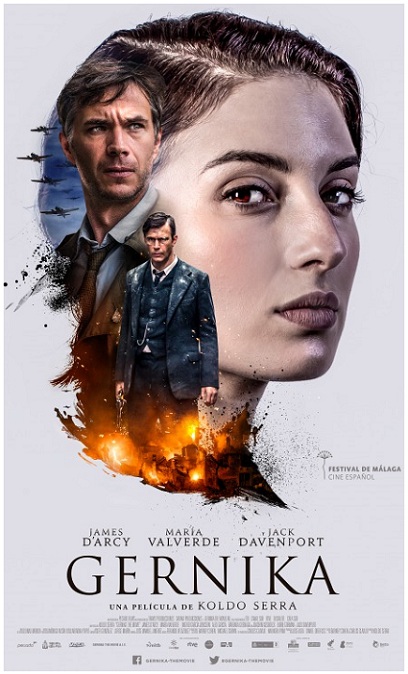 currently in Spain, it follows the fates of Henry - a cynical American correspondent who has lost his soul - and Teresa, one of the Republic's censors and in charge of overseeing the news that journalists can send abroad, which cross in Gernika.
Posted by DEZMOND at 8:01 PM