In these seven or so years that Dezzy has been spying for you, methinks we've mentioned ZORRO projects at least a dozen of times and they never really came to fruition, but now it has been revealed that Jonas Cuaron, who is directing a ZORRO movie titled Z (originally known as ZORRO REBORN), has offered the lead role to Gael Garcia Bernal! Although details on the script are very sparse right now, it has been rumoured before that it will be a futuristic take on the famous legend  set in the near future. Bernal has already worked with director Jonas Cuaron on DESIERTO drama which is out in cinemas later this year.


'QUEEN OF KATWE' TRAILER
WITH LUPITA NYONG'O!
The only trailer I have for you today is for Disney's and Mira Nair's true story drama QUEEN OF KATWE starring Oscar winner Lupita Nyong'o! Based on a book by Tim Crothers, it brings the real life story 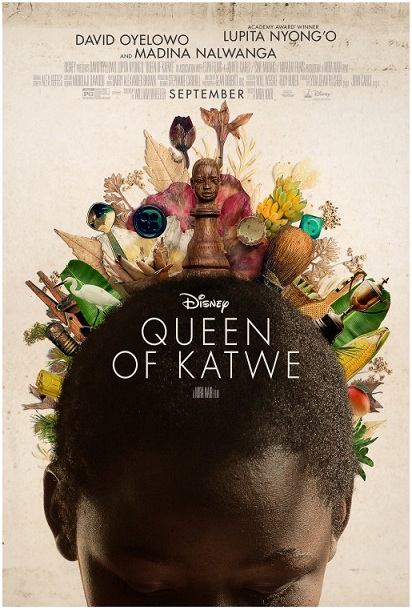 of a poor young girl from Uganda who trains to become a world chess champion. It is out this September!
Posted by DEZMOND at 8:01 PM