CLIVE OWEN & JESSICA BIEL
Well, you already know I love me a good omnibus movie and here's a new one on the horizon: Clive Owen and Jessica Biel are to star in Bosnian Oscar winner Danis Tanovic's new movie INVISIBLE in which the story follows Felix (Clive Owen) and Ann (Jessica Biel), who despite their perfect lives find themselves wanting more. On the other side of London, Anton, Hana and Alma have each travelled from faraway lands and put their lives on the line to seek out better opportunities than their homeland can offer. As these vastly separate lives collide in interweaving stories of class, identity and belonging, Invisible examines the true cost that the pursuit of happiness can take. 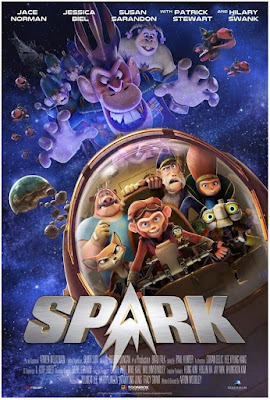 Speaking of Jessica Biel, she will also lend her voice alongside Patrick Stewart, Susan Sarandon and Hilary Swank in SPARK, new animated adventure  from the creators of 2014’s The Nut Job. The space opera animated adventure is set on a world conquered more than a decade ago by a power-mad general who now is tearing it to pieces. Spark and his friends, Chunk and Vix, team up to stop the general bent on universal domination.The Canadian produced movie  brings the story of a boy who takes on great responsibility, and in the process, discovers his rightful place in the universe.