We're still sticking to the TV world today, people, starting with the news coming from Netflix where Joel Kinnaman has been cast to lead the new sf series ALTERED CARBON! It will be produced by AVATAR's Laeta Kalogridis, directed by GOT's Miguel Sapochnik based on Richard Morgan's bestseller.
25TH CENTURY EARTH

The story is set in the 25th century when the human mind has been digitized and the soul is transferable from one body to the next. Takeshi Kovacs (Joel Kinnaman), a former elite interstellar warrior known as an Envoy who has been imprisoned for 500 years, is downloaded into a future he’d tried to stop. If he can solve a single murder in a world where technology has made death nearly obsolete, he’ll get a chance at a new life on Earth.

'THIS IS US' TRAILER
WITH JUSTIN HARTLEY, MANDY MORE, MILO VENTIMIGLIA
NBC has, meanwhile, also released a trailer for another of the new series they've picked up this weekend. THIS IS US will star  Mandy Moore, Milo Ventimiglia, Justin Hartley and Sterling K. Brown 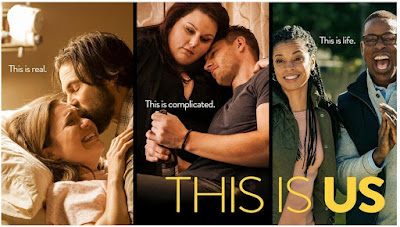 as people who are all born on the same day. It comes from Dan Fogelman whose GALAVANT has just been cancelled at ABC.