We mentioned our dear Brit Matthew Goode yesterday, but here he is again: he will join Michael Caine and Bill Nighy in big screen adaptation of E. Nesbit's FOUR CHILDREN AND IT
The story follows four children who are horrified to learn that their beach holiday is in fact a bonding trip with their potential future step siblings. During an argument, they accidentally find a magical, sandy, grumpy creature called the Psammead (voiced by Caine) who can grant them one wish a day — only to see the wish cancelled as soon as the sun sets. The kids must learn to work together and choose their wishes wisely as an evil villain (Nighy) tries his best to steal the Psammead for himself.


'IDEAL HOME'
PAUL RUDD AND STEVE COOGAN ARE A GAY COUPLE
We're kinda having a Paul Rudd day today here, you have his new trailer below, and I also have an info that he is already shooting IDEAL HOME comedy drama in which he and Steve Coogan play a bickering gay couple whose lives are turned upside down when Coogan’s 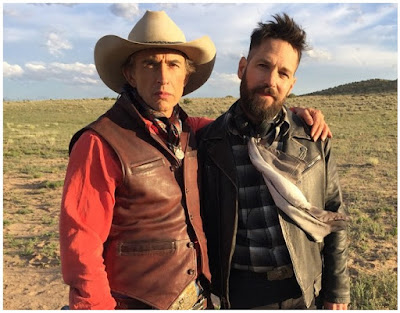 character’s grandson that he never knew he had shows up at their dinner party. The twosome, who live an extravagant existence, decide to take in the new addition after he crashes their lives.

18-year-old client with muscular dystrophy named Trevor (Craig Roberts). Ben and Trevor go on a road trip across the country and eventually meet hitchhiker Dot (Selena Gomez). It is based on the same book by Jonathan Evison.
Posted by DEZMOND at 7:44 PM