DISNEY TO ADAPT 'DELILAH DIRK AND THE TURKISH LIEUTENANT' INTO ADVENTURE MOVIE! HOT 'CAREFUL WHAT YOU WISH FOR' TRAILER WITH NICK JONAS, DERMOT MULRONEY

DISNEY TO ADAPT
'DELILAH DIRK AND THE TURKISH LIEUTENANT' NOVEL 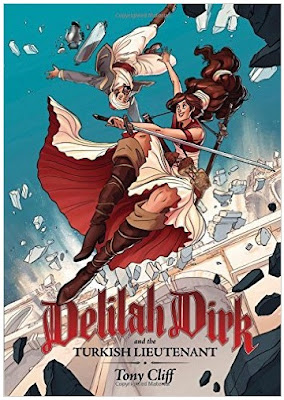 As 'Deadline' reports today, Disney has bought movie rights on Tony Cliff's graphic novel DELILAH DIRK AND THE TURKISH LIEUTENANT an action adventure tale set in the early 19th century in which the story follows Delilah, a female Indiana Jones, as she wields her sword (trained in 47 sword fighting techniques) and battles pirates and escapes on her flying boat while seeking adventures around the globe. In the novel, the female swashbuckler escapes a Turkish prison and as she does befriends a mild mannered officer named Selim who becomes her sidekick!


NICK JONAS TRAILER FOR
'CAREFUL WHAT YOU WISH FOR' 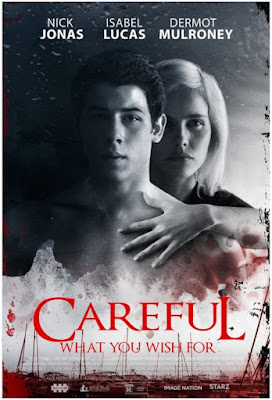 In the video department today you can check out the trailer for hot thriller CAREFUL WHAT YOU WISH FOR starring currently the hottest guy around Nick Jonas (who has just admitted to dating Lily Collins) together with Dermot Mulroney and Isabel Lucas. Jonas plays Doug, a college bound kid spending the summer working in a wealthy vacation community who begins an affair with the beautiful young wife of his powerful investment banker neighbour. But when the town erupts after a suspicious death, the young lovers become embroiled in scandal that forces Doug to his limits as he battles deceit and betrayal.
Posted by DEZMOND at 7:44 PM